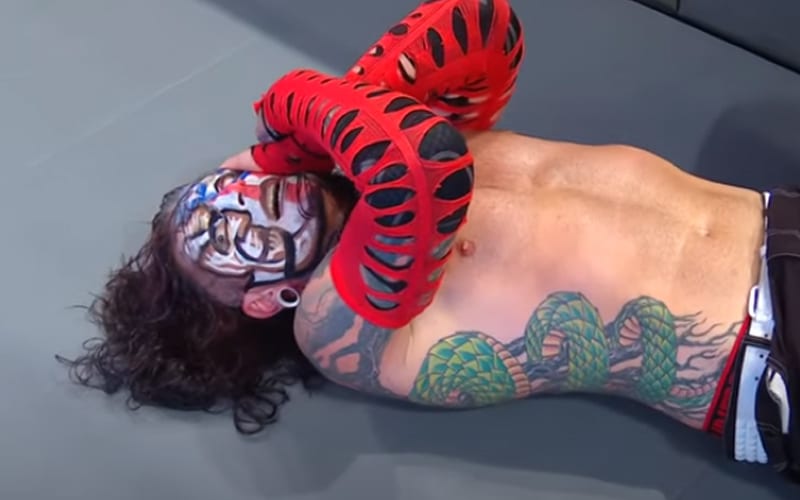 This past week was a big one for concussion news. WWE noticed and paid special attention to that on Friday Night SmackDown.

Matt Hardy suffered a bad fall at AEW’s All Out pay-per-view. He was thought to have suffered a concussion, but he miraculously passed every test. Then showed up on the next episode of Dynamite and announced he is taking a break to focus on his health. WWE also won a big court ruling in a class-action concussion lawsuit.

During Friday Night SmackDown this week, Jeff Hardy hit the entrance ramp like a ton of bricks following his match. They paid special attention to say that he did not lose consciousness. Many fans thought this was an apparent shot at Matt Hardy’s situation. They later said Jeff was “dehydrated.”

Ringside News has learned that the line about Jeff Hardy not losing consciousness came directly from Vince McMahon. It was told to us that line served two purposes.

It was not only inserted because they are “concerned about concussion protocol and the backlash from it,” but it was “also was a shot at AEW and the way they handled the Matt Hardy situation.”

It’s always a good idea to pay close attention to the lines that they speak on WWE television. You never know when someone might insert something for a hidden reason. This time around was was a bit more noticeable, but that was likely the intention.