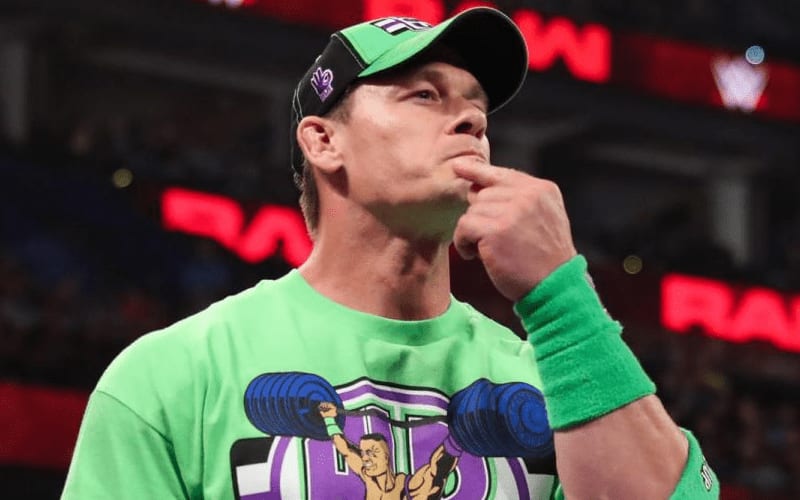 WWE fans haven’t seen John Cena in the ring since WrestleMania. Due to COVID-19, WrestleMania 36 featured a Firefly Fun House segment where fans and bumps were absent.

Cena doesn’t wrestle much anymore. He didn’t work a single WWE pay-per-view match in 2019. Now he is training for something big, and we have to wonder what is going on.

He got fans’ attention this afternoon when tweeting out: “Training for something big.” He also included three red circle emojis. Fans were excited, but they also had a lot of questions.

Bray Wyatt is still in the Firefly Fun House if John Cena wants to find him. There are also numerous other things that Cena could be teasing as his schedule is still incredibly booked.