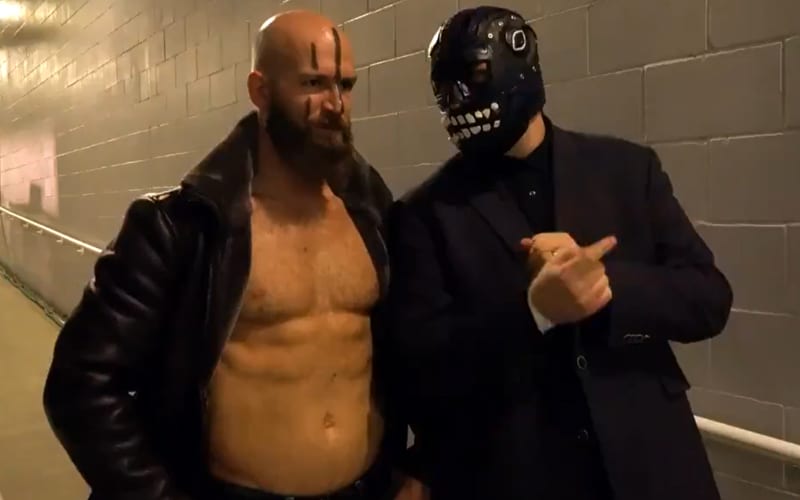 Tay Conti made her way to the ring this week on Dynamite as an official AEW star. News broke of her contract signing on Wednesday afternoon and plenty of her fans were happy to hear it. Her match against Nyla Rose didn’t go too smoothly for the former NXT Superstar.

Following her match on Dynamite this week. Tay Conti was battered, but she isn’t finished yet. She is still determined to make a name for herself in AEW’s Women’s Division.

Then the Dark Order approached her. This followed up a tease that Conti previously posted where she was given Dark Order literature. Evil Uno and Stu Grayson offered a spot in the Dark Order to Conti.

Anna Jay walked up and helped Conti off as she cried. This was quite an interesting segment that they did not include in the actual broadcast. There was a lot going on backstage at Daily’s Place this week.