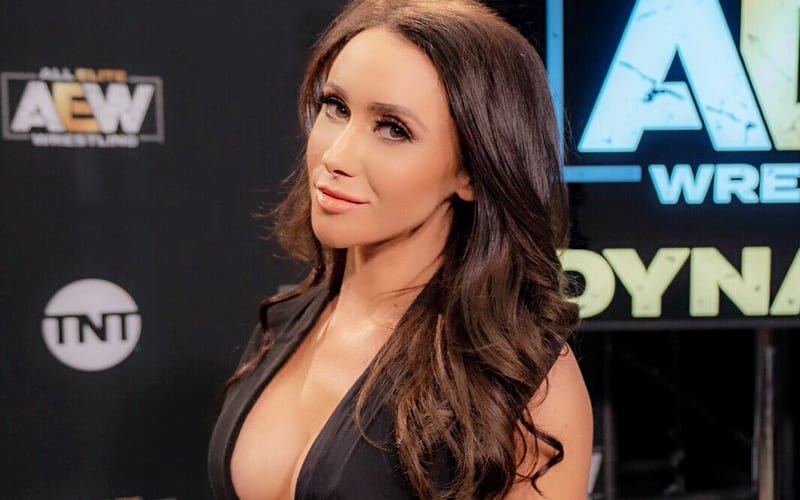 Decker and AEW seem to be on good terms. They still follow each other on social media. Decker hasn’t posted about AEW since September 1st, and the company removed her from the broadcast team’s roster on their official website.

Bodyslam.net confirmed our initial report about Jennifer Decker’s release. They also provided a quote from a source within AEW which indicates that there could be a plan to bring her back.

“I’m not sure what’s up with Jen. A week or two ago I heard she got released but then I swear I heard someone say yesterday she’ll be back so who knows”

After our exclusive on Decker’s release dropped, we’ve received several messages asking about Renee Paquette being brought in to replace her. The former Renee Young is still under a strict non-compete clause. We have also heard nothing that would indicate this is the case. Decker’s backstage duties seem to have been evenly split between others such as Dasha and Alex Marvez.

AEW could bring Jennifer Decker back, but as of this writing she doesn’t seem to be with the company on any official level.