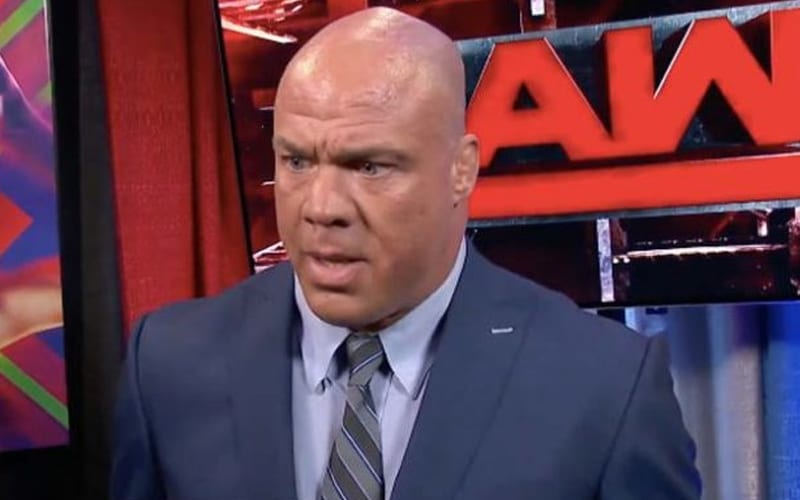 Kurt Angle is a WWE Hall Of Famer, but he also put his body through a lot of abuse through the years. WWE had some worries about how he might perform so they were very careful about how he was used.

Rusev wanted to wrestle a lot of different matches with WWE, but he never got a chance to lock up with the Olympic Hero Kurt Angle. WWE had their reasons for blocking this match from happening, but they were pretty grim.

During a recent live Twitch stream, Miro revealed that he asked WWE about a match with Kurt Angle. They told him no. Miro was then told that if something happened to Kurt Angle — like he died — then WWE doesn’t want that responsibility.

“I wanted to wrestle [Kurt Angle]. I talked to two people. I’m not going to say who they are, but I talked to two people and they are really high up there. I said, ‘How about we bring back Kurt? It’s going to be great. One, he’s the greatest professional wrestler ever. Two, it’s USA coming back and I’m doing the Russian thing.’ Kurt would have been the perfect person, but they told me no. This is verbatim from the person that told me. He said, ‘We don’t want to feel responsible if he comes back and dies.’ That’s from the person that told me. There were two people there. If one says I’m lying, hopefully the other will stand up and say it’s true. In the end, he got that match with Corbin, but I always wanted to wrestle Kurt.”

We never saw Miro vs Kurt Angle in a WWE ring. We can only imagine how it would have turned out if WWE had allowed it to take place. Hopefully, nobody would have died, but apparently, there was enough of a reason for WWE to worry about it that they didn’t even let the consideration go past the pitch phrase.