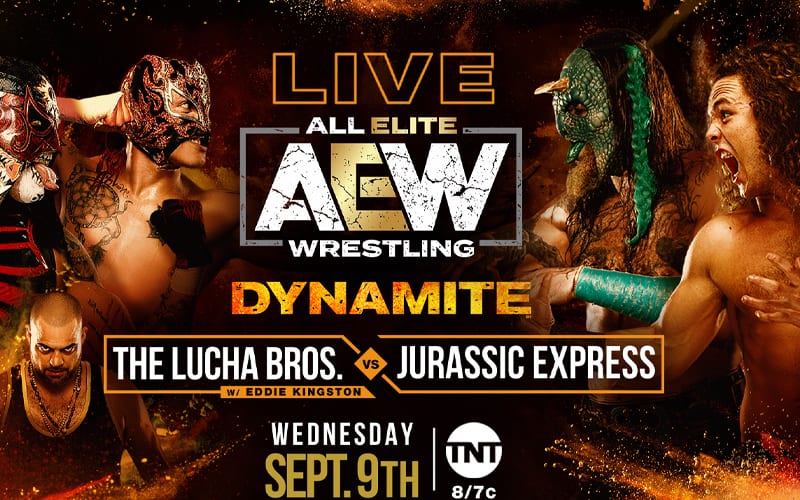 AEW Dynamite will bring one more week of action to TNT on a Wednesday night before they are joined once again by WWE NXT on the other channel.

All Elite Wrestling has a big show for this week with three announced matches so far to follow-up All Out.

Brodie Lee will have his first TNT Title defense against Dustin Rhodes. The Natural will try to avenge his brother’s loss.

Chris Jericho will be in action as he teams with Jake Hager to take on Joey Janela and Sonny Kiss. We’ll have to see what Orange Cassidy’s next feud is after he beat Jericho at All Out.

The Lucha Bros will take on Lucha Express in a match that plenty of fans have wanted to see. Also, Matt Hardy will be on the show and he will address the AEW fans.

We’ll have to see who Kip Sabian picks as “the best man” for his wedding with Penelope Ford. Jon Moxley will also likely have plenty to say following All Out.

You can check out the lineup (so far) below.

Kip Sabian will reveal “the best man” for his wedding