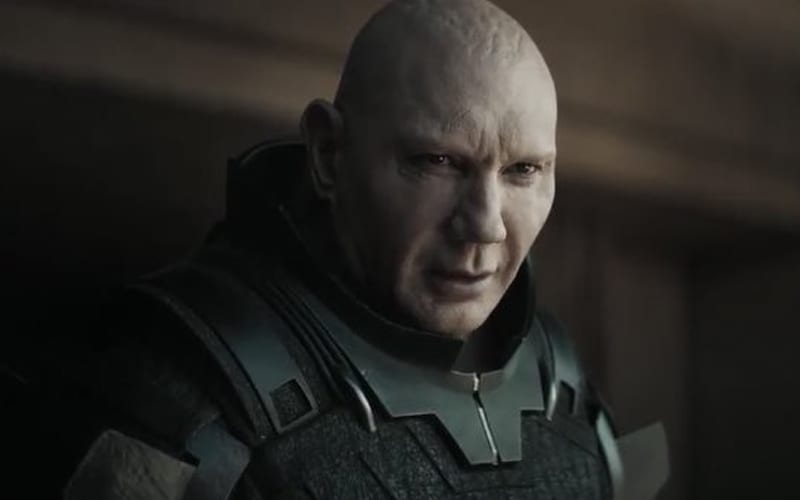 Batisa’s Hollywood career has taken off in a big way and he’s not done taking big projects. The former WWE Champion will be featured in the new Dune move and fans just got a look at The Animal in this new remake.

Dave Bautista has a unique look and it allows filmmakers to put him in different makeup jobs to change his entire character. This is something that they took full advantage of in Guardians of the Galaxy as Drax The Destroyer became something totally new for fans of Batista. Dune will be no different.

They didn’t feature Batista much in the new Dune trailer, but it was enough for fans to get a good look at him. One fan on social media was able to clip Batista’s small cameo in the new trailer and slow it down. You can find that tweet below.

Batista will play Glossu Rabban in the new film. He is “the brutish nephew of Baron Harkonnen.” Rabban was portrayed by Paul L. Smith in David Lynch’s 1984 film Dune. László Kish played the role in the 2000 Dune miniseries.

The remake of Denis Villeneuve’s 1965 novel is currently set for a December 18th release date.