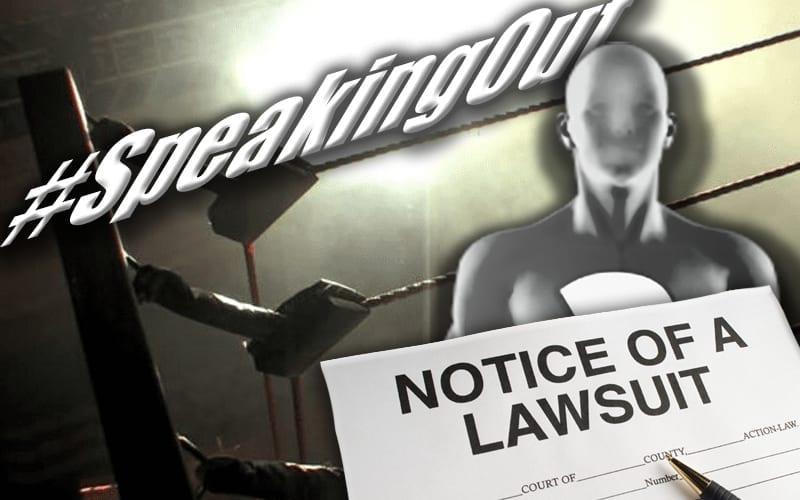 The #SpeakingOut movement sought to create a safe space in the pro wrestling world. Now one indie wrestler who came forward is in legal trouble after accusing her trainer of misconduct.

On June 18th, Mariah May tweeted out a lengthy post which included accusations of physical and sexual abuse at the Hustle wrestling school. Later that day, she followed up her post by clarifying who she was calling out: “I’m seeing other names attached to my tweet, for avoidance of doubt the school is Hustle and the trainer is Sid Scala.”

Mariah May posted on Twitter that she is being sued over allegations she made in June as part of the #SpeakingOut movement. She posted a GoFundMe link with the following description to let fans know what she’s going through.

I am a pro-wrestler from the UK. In June I spoke out about the emotional abuse I suffered since entering wrestling at age 18 as a part of the #SpeakingOut movement on social media. This movement was created in order to highlight the different types of abuse that have happened in independent wrestling and consequently work to make the industry a safer place and work to formalise safeguarding – as none currently exists to protect us.

As a result of sharing my trauma and contributing my experience to make change, legal action has been threatened against me to try to force me to delete my tweets, pretend I got things wrong, never speak about my experience again, defend the person I spoke out against and pin it to my pages with replies off. If I do not comply, the person is also threatening to sue me for damages. This would in turn ruin my career, but more importantly, I don’t feel I could live with the fact I have to say that my emotional abuse didn’t happen.

In order to defend myself I had to get a solicitor. The multiple, lengthy legal letters I have no choice but to respond to have cost me thousands which I have had to borrow money to pay for, and live in anxiety not knowing when the bills will end.

When I first received a letter it made feel physically sick. I’m 22 and have no legal experience. I had to beg those around me for help because I had no idea what to even do and then finding out the costs, I felt hopeless. I have never had access to that kind of money in my life.

I lost my office job before the pandemic, and cannot wrestle currently. As of right now, I have no income. What little money I’ve scraped together from savings, odd jobs and merch has been accounted for.

This has affected my mental health. I don’t sleep anymore, I feel physically sick all the time, trying to move forward feels impossible some days. I have tried to keep a brave face but I am really struggling now.

Any share or donation would be greatly appreciated, no matter how big or small it will make a world of difference to me. This goal would cover my current debt & hopefully future letters,  allowing me to continue to fight, and not submit because I don’t have the power or finance they have due to their stature within the business.

I should not be banned from sharing my experience in the hope of making wrestling a safe place not just for myself but for anyone joining, please help me. Thank you.

If you would like to donate to Mariah May’s GoFundMe you can find that link here. She currently has £1,875 raised of her £15,000 goal.

Mariah May has yet to delete her initial #SpeakingOut tweets. You can find those below. We will continue to monitor this ongoing situation.