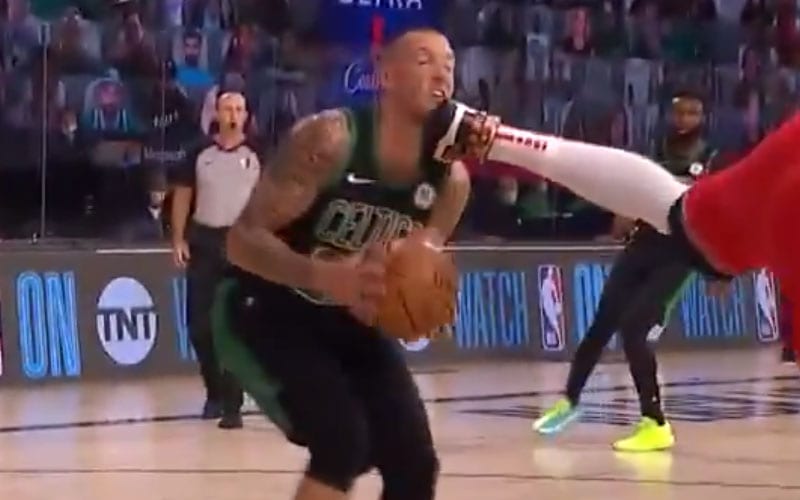 WWE influences people around the world and references to pro wrestling continue showing when you least expect it. The NBA Playoffs is no exception.

During the Raptors vs Celtics’ Game 5 of the NBA Playoffs, Pascal Siakam accidentally kicked Daniel Theis in the face. To be fair, it didn’t look like he made much contact, but Theis sold the kick anyway.

Plenty of fans called out this foul for looking like Sweet Chin Music. Shawn Michaels saw the clip and the man himself threw out his appreciation about the fact that those NBA players have been studying his old tapes while in the Bubble.

Well, while I APPRECIATE you’ve been watching my old @WWE tapes, you may run into issues hitting sweet chin music on an @nba basketball court!!

The video of this foul went viral and plenty of people commented about it. HBK is a very busy man, so we’re not blaming him for just getting around to talking about it.

You can check out the clip below to see a famous WWE finisher during a heated NBA game.