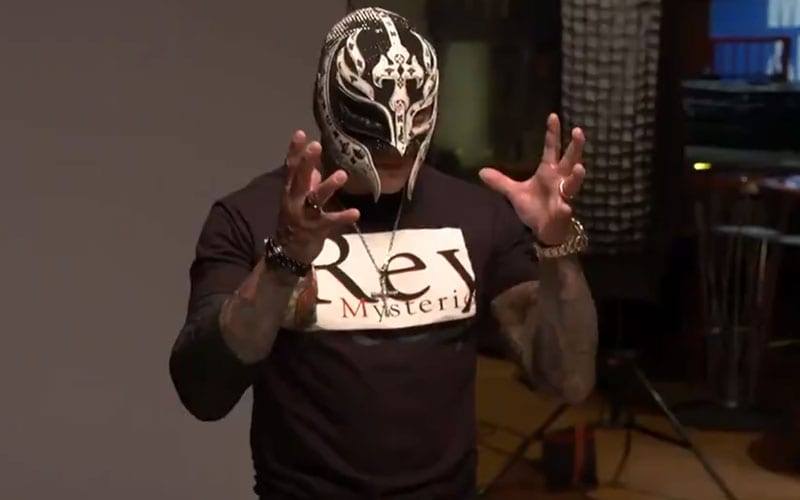 Rey Mysterio suffered an injury during his tag team match with Dominik versus Seth Rollins and Murphy at Payback. His triceps injury could be much worse. He was still able to show up on RAW this week which was a very good sign.

Rey Mysterio didn’t suffer a full torn triceps injury. Instead, he is getting different treatments to help him have a speedier recovery.

During Wrestling Observer Radio, Dave Meltzer noted that the latest he heard was that Mysterio will be out of action for six weeks. This puts him even closer to a return than previously thought, but he’ll still miss Clash Of Champions.

It was a very good sign that WWE kept Mysterio on television. As Ringside News reported WWE had planned to keep Dominik busy on television regardless of his father’s status. Dominik is amazing for the younger female demographic.