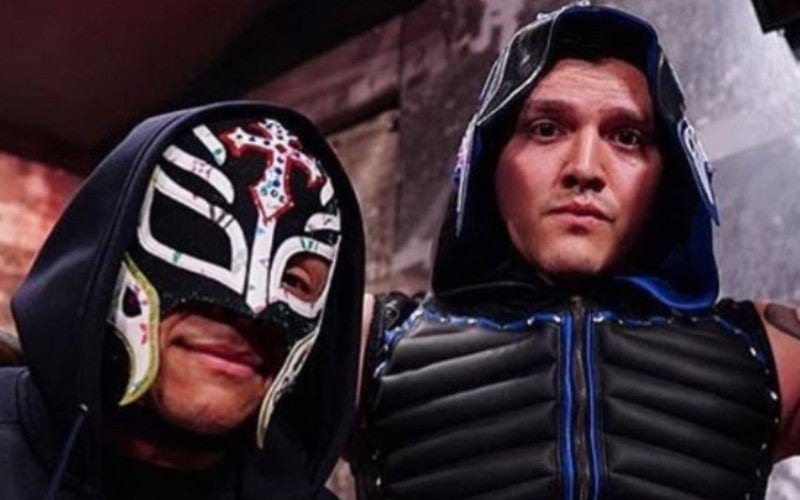 Rey Mysterio’s son Dominik Mysterio first appeared on WWE television as a little boy. Mysterio and Eddie Guerrero fought over the custody of young Dominik in an angle that spawned Guerrero’s famous “I’m Your Papi” t-shirt. Dominik Mysterio is all grown up now and ready to follow in his father’s footsteps whether you’re talking about Rey or Eddie..

Rey Mysterio suffered an injury and he needs to take time off. His triceps injury isn’t a full tear and he will reportedly be out of action for only a month or two.

Ringside News has learned that WWE plans to keep Dominik Mysterio on television even if his father isn’t around. He is “amazing for the demo,” most notably in the younger female demographic. Dominik already appeared by himself while his father was dealing with his “eye injury” (contract negotiations).

Dominik received a ton of praise for his SummerSlam performance. Click here for our exclusive on how Vince McMahon received Dominik’s debut. The following week Dominik had another impressive showing at Payback in a match where his father was injured. Dominik scoring the pinfall at Payback was also 100% a statement.

Rey Mysterio is only expected to be out of action for a couple of months. Dominik Mysterio was set to be involve with his father during this time. It will call for a bit of a change to work things out, but WWE has full intentions of keeping Dominik Mysterio around television.