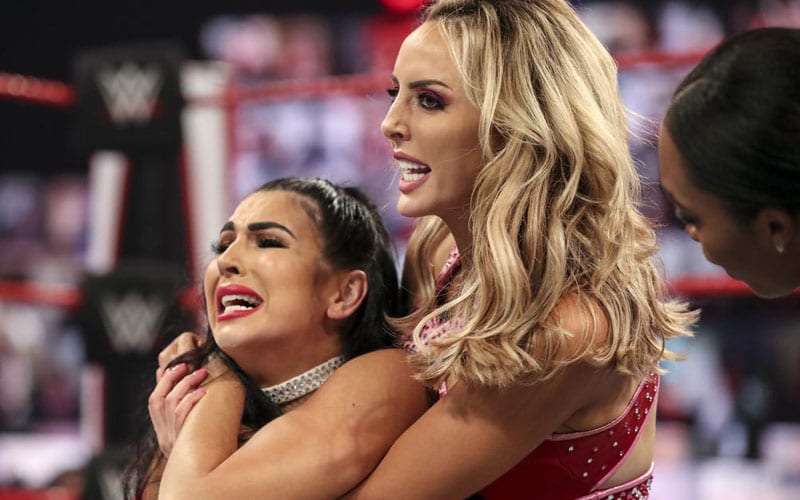 The IIconics were forced to break up last week on WWE RAW. This week the two old friends faced each other in a singles match. This was not the way anybody expected WWE to book this situation.

Peyton Royce and Billie Kay both debuted new entrances this week to do away with their former CFO$ entrances. Then after Royce won a one-sided match, the two longtime friends hugged.

There was no big heel turn like so many expected. Instead, Billie and Peyton hugged and cried in the middle of the ring. This is how their time in the ring ended last week as well.

During Wrestling Observer Radio, Dave Meltzer stated that it is “very clear that they have no plans for Billie Kay,” and Peyton Royce will be the singles Superstar. It was noted that “Billie Kay might be going away and they know it.”

The spot where they hugged and cried in the middle of the ring could have been allowed because the IIconics knew that their time was really over and they are going their separate ways.

We’ll have to see what’s next for the former IIconics. They certainly gave off the impression that Billie and Peyton still aren’t over their forced breakup.