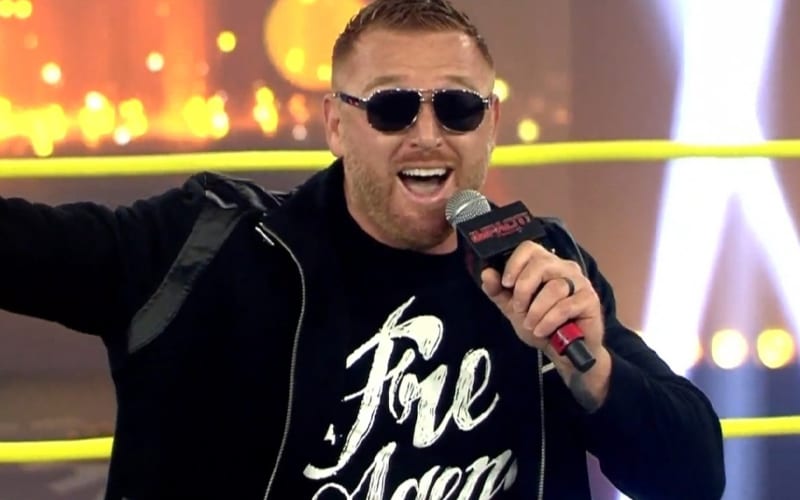 Heath Slater was released from his WWE contract on April 15th with a lot of other people. Some have found other homes in the pro wrestling world including Heath. He landed in Impact Wrestling and seems to be really enjoying himself so far.

Impact Wrestling signed a lot of people who were cut from WWE on April 15. The Good Brothers, Heath, Brian Meyers, and current Impact Wrestling Champion Eric Young all came over to Impact Wrestling from WWE. Deonna Purrazzo came from NXT, and she was cut during that same wave of releases.

TV Insider recently spoke to Heath. He said that WWE is “like the military” in regards to not being able to leave once they sign you up. He also revealed that some WWE Superstars have contacted him about coming in to Impact Wrestling because it looks “awesome.”

“They know when they are locked down under contract, they can’t get out. That’s the bottom line. You may have well signed yourself up for the military. But guys that did get released and guys from other companies have been texting and calling and asking about Impact. The WWE crew, some of them have been like, ‘Man, that would be awesome to do this, But I still got a year-and-a-half or another year.’ I’m like, ‘Remember what you’re saying because years go by pretty fast. So if you really want to, I might know a guy.’ The interest is there for sure.”

We’ll have to see what happens down the line. The pro wrestling world is a very unpredictable place. Heath has a lot of friends all over the planet and apparently, some of them are interested in coming to Impact Wrestling. Some might even be willing to give up their spots in WWE to make that happen.