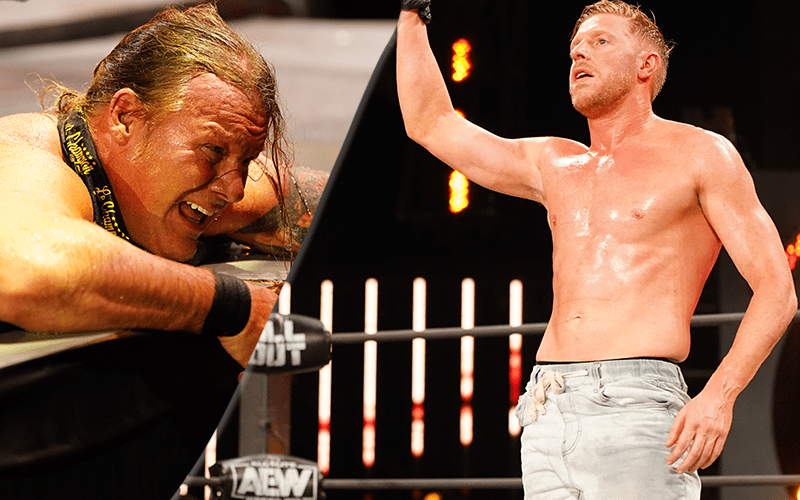 Orange Cassidy defeated Chris Jericho at AEW All Out without the help of Mike Tyson. That was a huge moment for Freshly Squeezed that 0% of pro wrestling fans could have predicted would have happened a year ago. What’s next for Jericho after this?

While so many fans wonder what’s to come with Orange Cassidy’s white hot momentum following All Out, Chris Jericho addressed his own future while speaking on his Saturday Night Special.

Jericho said that his program with Orange Cassidy wasn’t a feud, an angle, or a storyline, it was an experiment. They wanted to see if Orange Cassidy could get to the next level, and he did. Now Cassidy is a well-rounded character and ready to take on his next opponent. Jericho also revealed that fans will find out what’s next for his own future on Dynamite this week.

“It wasn’t a feud, it wasn’t an angle, it wasn’t a storyline, it was an experiment. “Can we get Orange Cassidy to the next level and make him a main event draw in AEW? And we did that. I knew that he had it in him, we just added a few different shades to him, so he’s a more well-rounded character, not just the ‘lazy guy.’ Now he shows fire, show some attitude, he can do a promo. He’s a great babyface, he really is.”

“Like I said, 14 weeks, it was the ‘Summer of Orange’ and it was really, really fun. I really enjoyed it, glad I got to do it, it was an honor. Who would I like to feud with next? There’s a lot of people, actually, I know exactly who I’m kinda going to be feuding with next. Who my next story is with, once again, it’s all about the stories. You’ll find out on Wednesday. That was kind of the blow-off for Jericho and Orange, for now, I’m sure we could always go back to it at some point.”

Orange Cassidy and Chris Jericho owe it to themselves to re-visit this feud eventually, but AEW has many challenges for each of them.

This is certainly an exciting fan of anyone who followed Orange Cassidy from the indies. Now mainstream fans know who he is. If anything, he’s the guy with his hands in his pockets who superman punched Jericho into a vat of Tang. They will soon know Freshly Squeezed for much more.