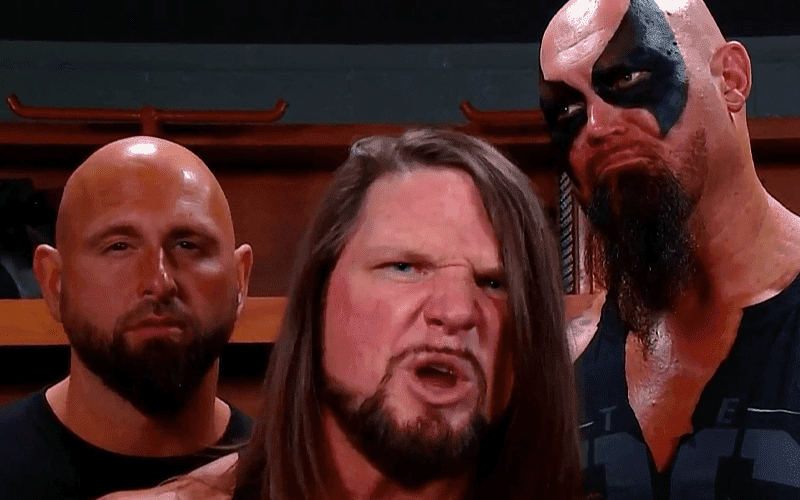 AJ Styles has been able to go to war with some of the best in WWE during his time with the company. He still has a few people on his bucket list, but he was able to get John Cena out of the way early on in his run.

The Good Brothers were with Styles during that time he feuded with John Cena. They made “beat up John Cena” a catchphrase as it was one of their favorite things to do. Vince McMahon might have approved that verbiage on television, but not for merchandising.

During his Twitch stream, AJ Styles stated that Vince McMahon blocked them from putting “Beat Up John Cena” on a t-shirt. McMahon’s reasoning was valid, but it still would have sold a ton of t-shirts.

“Man, he was so much fun to work with,” Styles said. “We did some really good stuff. He was so smooth and easy to work. That whole, “Beat up John Cena” thing was just a lot of fun. I actually had an idea for a shirt that said, “Beat Up Cena” or something like that, but when I pitched it to Vince, he said, ‘You want me to promote a shirt rooting against my top baby face’? I just went ahead and let that one go.”

We’ll never know how many “Beat Up John Cena” t-shirts the OC could have sold. Odds are fans all over would have bought that shirt for different reasons.

Would you have bought a “Beat Up John Cena” t-shirt? Sound off in the comments below!