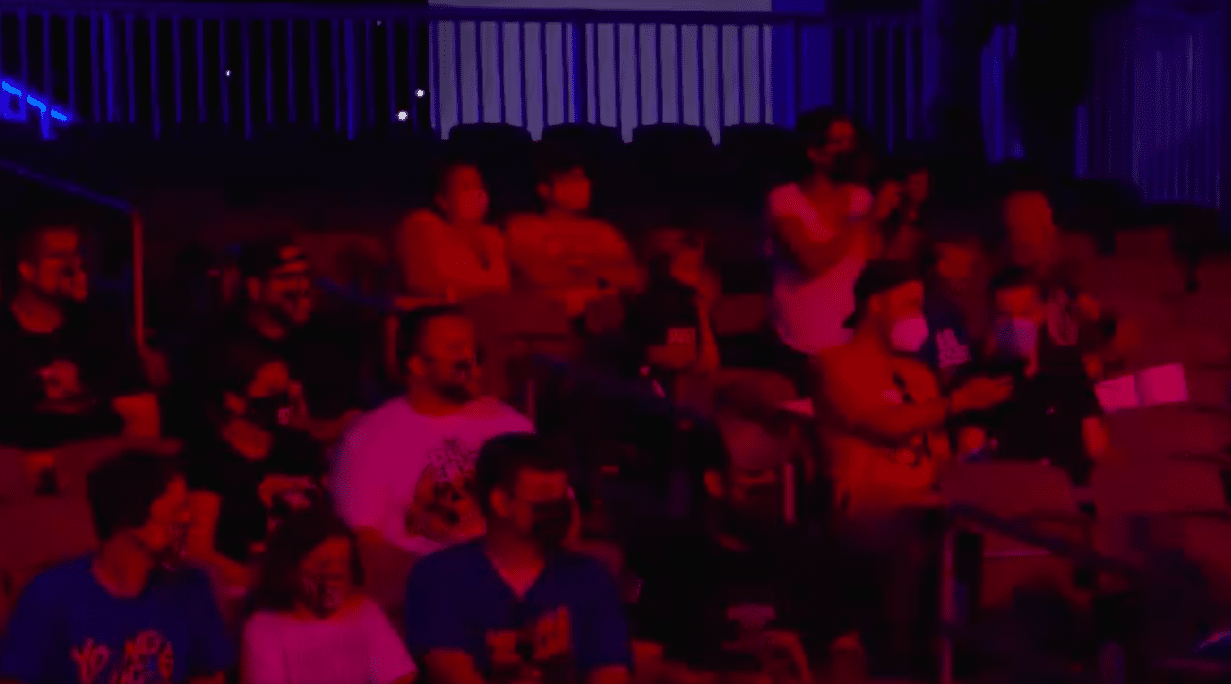 One of the things that fans noticed about last night’s ALL OUT was that the live crowd seemed to have been quiet for most of the show. This could hinder with the viewing experience of those watching from home.

Chris Jericho explained why audience watching at home have a hard time hearing crowd noises during AEW shows. Jericho said that although AEW mics their crowd, it’s difficult for those at home to hear their loud reactions.

He said that open spaces like stadiums make it difficult to capture the sound of the audience because their voices go up rather than going down into the cameras/mics. Arenas on the other hand, make it easier for these voices to be captured due to the availability of a roof in the building that helps deflect the noises back down.

Jericho assured the fans that the live crowd’s reactions were great for ALL OUT and the wrestlers felt them just fine.

And here’s another thing, we mic the crowd, it’s harder to hear on TV but I will tell you the reason why. It’s the same thing as sometimes when you watch a WrestleMania in an outdoor stadium, it doesn’t seem as well because the sound goes up and when there is no roof, it doesn’t come down. Like if you are in an arena, it hits the roof, it comes down, it permeates the room. What people are cheering, especially when they’re in the upper deck, the sound goes up rather than down in the camera. But man, we feel them, trust me, we feel them.

There were about 750 people at the Daily’s Place for ALL OUT, according to Jericho. Tony Khan has decided to limit the amount of tickets that go out on sale for the shows to avoid the risk of a potential COVID outbreak.

Let us hope that the pandemic problem receives a permanent solution and thousands of people can safely come back into arenas and stadiums for sporting and live events soon.