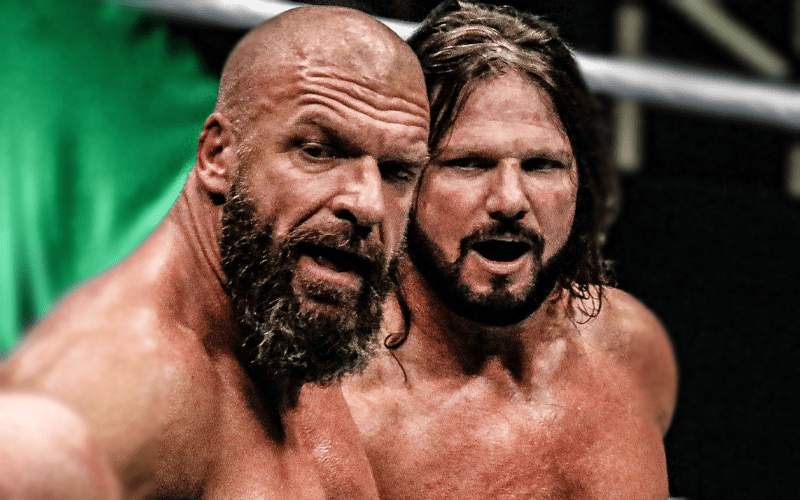 Triple H has not retired, but that day comes for everyone. AJ Styles and Triple H have not faced each other in the squared circle yet, but The Phenomenal One would be 100% down for the idea.

During his Twitch stream, AJ Styles was asked if he wants a match against Triple H. He hasn’t been against Triple H in the ring, but they have teamed together. If WWE booked him against The Game then Styles would love to do it, especially if it’s his final match.

“Should I throw it out there and send it out there that I’d be his last match. I would love to do that. I’ll let him know I’d do that with him. Him and I have been in the same ring together but we were on the same team. It was when we were in Japan. It was basically The O.C. and Triple H; that was fun.”

Triple H missed WrestleMania this year, and his duties behind the scenes only seem to grow. He might need to look at the possibility of his last match coming up sooner than later. AJ Styles certainly seems game to send The King Of Kings off with a great final match.