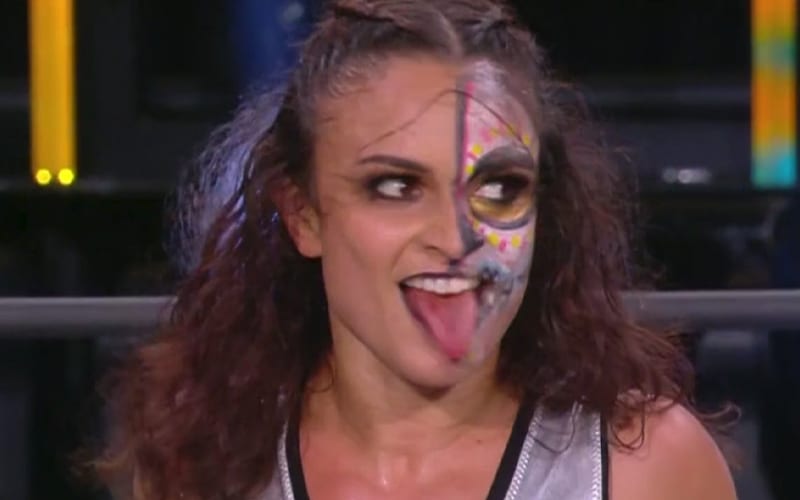 Thunder Rosa is in a very interesting position in her career. She is the current NWA Women’s World Champion, she is contracted to fight at least three more times with Combate Americas, and she is facing Hikaru Shida at All Out for the AEW Women’s World Title. How did that last part come together?

Tony Khan called up his fiend Billy Corgan and arranged this match. The NWA is starting weekly pay-per-view events and the exposure is great to have. Bringing Thunder Rosa in for All Out wasn’t originally TK’s idea.

The Wrestling Observer Newsletter noted that Kenny Omega is the one who initially had the idea to bring in Thunder Rosa to face AEW’s Women’s World Champion. Omega is heavily involved in the AEW women’s division. Obviously, it worked out.

AEW’s women’s division took a huge hit when the pandemic took away all of their Japanese talent except for Hikaru Shida because she was thankfully in America when the pandemic hit. There’s absolutely no telling what AEW would have done if Hikaru Shida wasn’t around because they also lost Britt Baker and Kris Statlander to injury about a week apart from each other.

Britt Baker is set to make her return at All Out, but Statlander waited about a month to have her knee surgery so she’s still very much on the mend. We will have full coverage of AEW All Out right here at Ringside News.