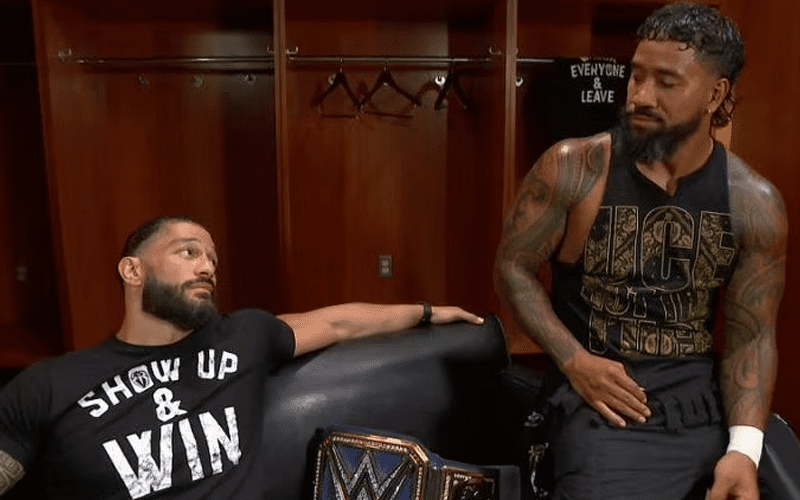 The Usos are still together, but Jimmy is out of action with a knee injury. Jey is doing just fine without him as #1 contender for the Universal Title after winning a big fatal 4-way match on SmackDown.

Roman Reigns didn’t have a chance to comment on the air following Jey Uso’s big win. He did tweet out on the following afternoon to show disbelief that Uce could do it on his own.

Good on Uce. Wasn’t sure he could do it on his own.

Now Roman Reigns will face Jey Uso at Clash Of Champions on September 27th. It’s likely that Roman Reigns will leave that event as an even bigger heel. Fans seem to be gravitating toward his new edgier character as the Big Dog’s two appearance on SmackDown this week went viral.