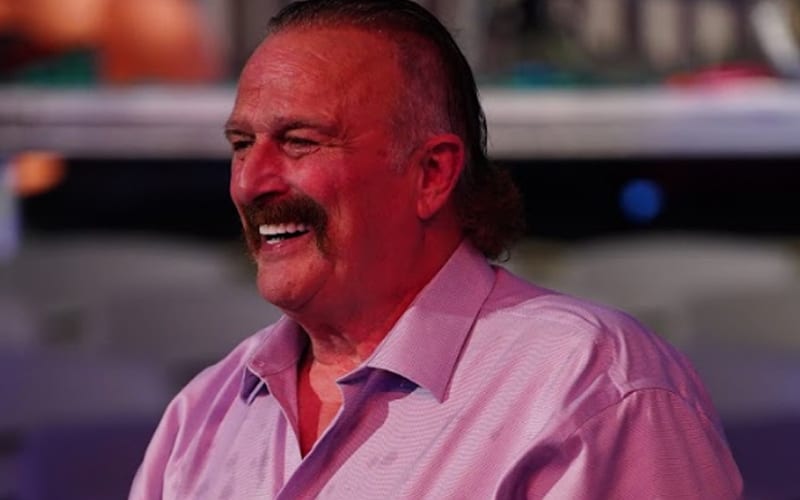 Jake Roberts surprised pro wrestling fans when he debuted on AEW programming. He hyped a mystery man that he was managing. That man turned out to be Lance Archer and the two continue to brutalize opponents to this day.

AEW didn’t sign Roberts to a full-time deal right off the bat. As he spoke to Chris Van Vliet, the WWE Hall Of Famer revealed that AEW offered him a 10-week trial. After that was over they asked him to stick around.

Things worked out for Roberts in regards to timing. COVID-19 threw everyone for a loop, but The Snake was able to continue filming vignettes and doing other things even if he couldn’t make it to the television tapings.

“They called me with the idea of being paired up with Lance Archer.  They asked if I was interested and I said, well, sure.  They wanted me for 10 weeks and after that 10 weeks were up, they said, please stay.  It was great timing because had the Virus not been going on, I would have been out doing my shows all the time and I would not have had time to do this.”

We’ll have to see where Jake Roberts will lead Lance Archer next. Jake Roberts seems to be enjoying this renewed run in AEW. The company obviously wanted him to stay as well or they would have ended things at the 10-week mark.