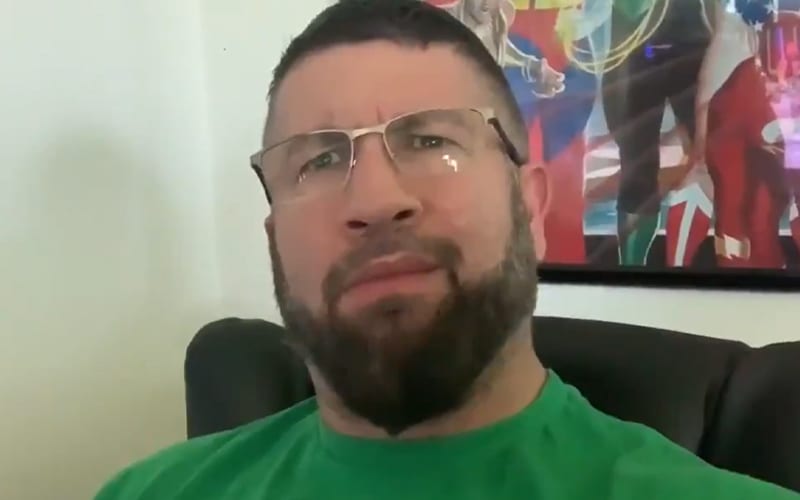 Context is key, especially in pro wrestling. There’s a reason why so many parts of pro wrestling seem strange to those who aren’t familiar with the business. Shane Helms found two examples of that this wee on AEW Dynamite.

Shane Helms cut together two very different quotes from Dynamite this week. It was apparent what the stars were talking about if you watch the entire segment, but when taken as a soundbite, what they said can be taken very much out of context.

During Dynamite this week, Dax Harwood said that FTR is “looking forward to blowing everybody.” Later on, WWE Hall Of Famer Jake Roberts said that nobody is going to “bust a nut” when Lance Archer or himself are in the ring.

The video featured a clip of each quote and Helms gave his own reaction. The caption said: “PHRASING.” He also wondered if they are still taking that into consideration.

The video has gained a considerable amount of attention since he posted it. You can check out the video below.