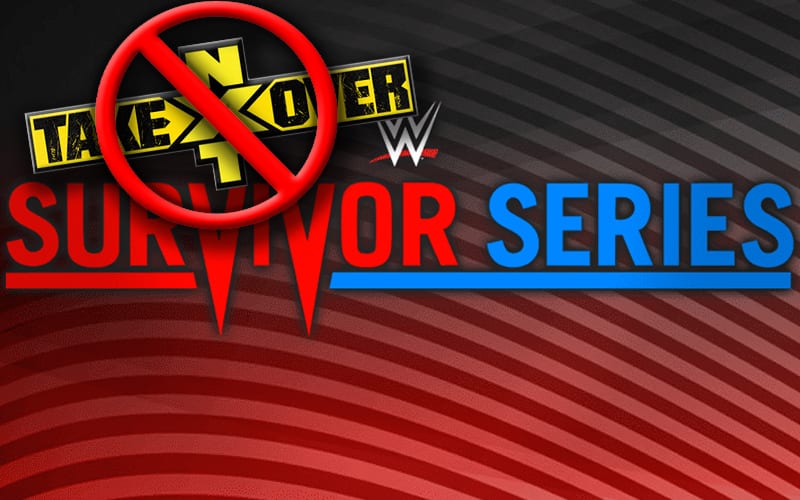 WWE NXT TakeOver specials don’t have to take place in association with a WWE pay-per-view. TakeOver events have stood alone in the past, and this year Survivor Series will receive no NXT special to accompany the event.

A TakeOver event in early December still gives NXT an event to build toward. The idea of TakeOver not taking place during Survivor Series weekend also opens up a greater possibility for NXT Superstars to be included in WWE’s yearly event where all brands face each other.