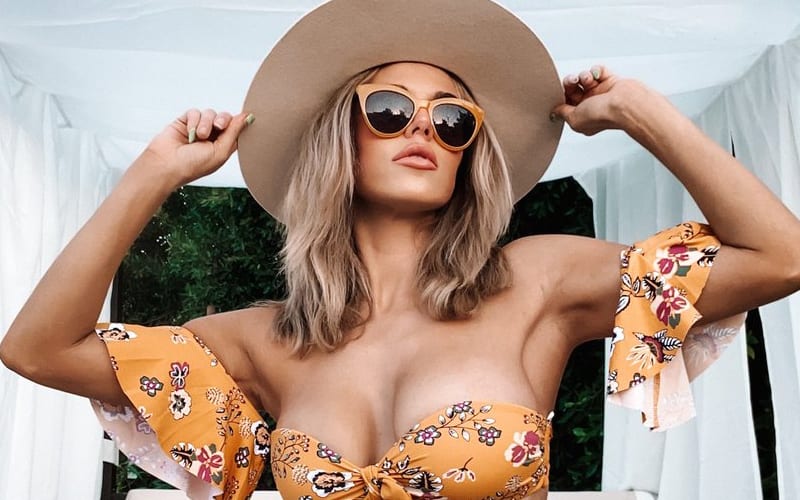 Lana and Natalya are currently involved in a feud with Mickie James on WWE television. This isn’t the first time that James has been targeted by bullies, in fact, things were much worse for Mickie James in the past.

There was a time in WWE when Mickie James was straight-up called a pig. You can read all about how that didn’t age well here. Now Mickie James is dealing with another rivalry in WWE where she’s targeted by new people who think they’re better than her.

Lana sent out a message to James so she could further rub it in. The six-time WWE Women’s Champion might have beat Lana on RAW, but the Ravishing Russian wanted to remind James that she’s still winning at life.

Mickie James didn’t receive the biggest welcome back to the squared circle when she returned after nearly a year and half out of action. She wasn’t very pleased about that either, and who could blame her?

We’ll have to see what’s next fro Mickie James in WWE, but they certainly seem to be pushing an angle where they are flaunting an impending retirement.