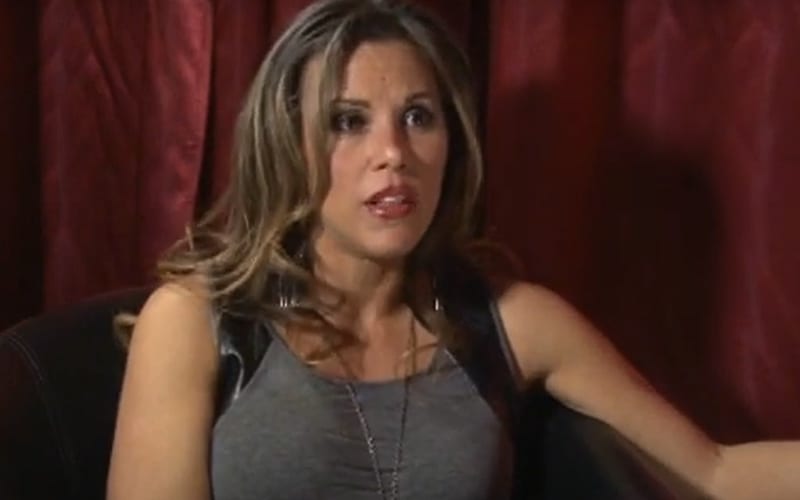 Mickie James made her return to WWE television after being off for a year and a half. She’s not happy about how it all went.

Following a knee injury, James did do commentary work for WWE, but she didn’t wrestle. Her big return to the ring came against Natalya on RAW, but that match had a lackluster finish to say the least.

While speaking to Ring The Belle, Mickie James called her return “bullsh*t.” She is pretty hot about it, but there’s nothing she can do.

“They broke the internet for all the wrong reasons. Nattie is badass. I felt like we’re gonna have a great match, we’re gonna kick butt. I felt like there’s some genuine magic to be made there and to tell a really great story. It’s just unfortunate that nobody saw it,” stated James. “You know, it’s bullsh*t. I’m hot about it, but I am grateful to be back. It’s just unfortunate.”

At 40 years old, James is the second-oldest WWE women’s wrestler behind Tamina. That combined with her lengthy layoff due to injury has many wondering if she still has anything left in the ring. James was asked what she wants to achieve in her current run.

“I hope to remind [everyone] of who I am and why my name is Mickie James, and why I am the baddest bitch in the game,” said James. “No, but seriously, I hope to remind them why I feel like I am the measuring stick.”

The important part is that Mickie James is back in the ring and doing what she loves. It would have been nice if WWE could have arranged a bigger deal out of her return to the ring. It just wasn’t in the cards this time around.