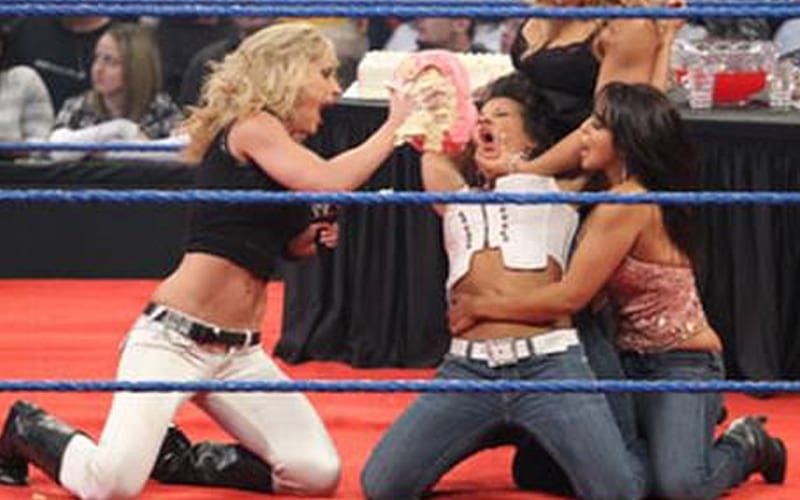 Mickie James has been through a lot of storylines in WWE. She was even called a big though one of them. That angle lives on in WWE history as a very uncomfortable moment to watch.

The “Piggy James” segments did not hold up well. The idea of body shaming is so much more prevalent in 2020. It wasn’t okay a decade ago either, but they did it anyway.

While speaking to Ring The Belle, Mickie James spoke about that uncomfortable body shaming angle. She said that even LayCool thought they went too far with it.

“It was hard at the moment and I think it was hard for everyone in order to do it. There would be times I was like, ‘Oh I think this might be a little too far.’ But I will say the end goal was to get Michelle and Layla over as monster heels – and as the big heels – and I think it was very successful in that retrospect. I think that for a generation of people, especially now with speaking out and anti-bullying, it’s given people the power of their voice because words are so powerfu.”

WWE has to be much more careful about their words now. The public outcry would be deafening if an angle like “Piggy James” came back. It might even set the Women’s Evolution back a considerable bit. There was a time when body shaming wasn’t off limits in WWE, even if they were using it to tell a story about anti-bullying.