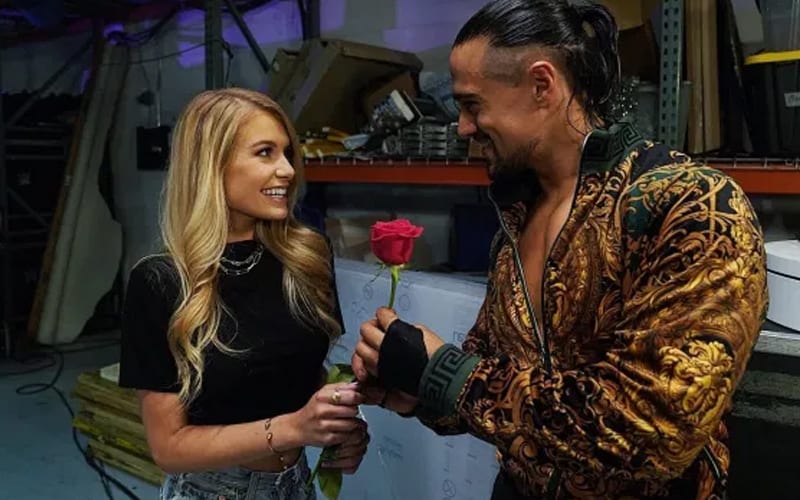 Demi Burnett started appearing on WWE television, and it was a random appearance. She was paired up with Angel Garza, and now she seems to be in a love triangle with Ivar.

Click here for Ringside News’ recent exclusive about Demi Burnett and how she’s getting along in WWE.

While speaking to Pro Wrestling Sheet, Dem Burnett spoke about how random it was to get a chance to appear on WWE television during a pandemic. Then the topic rolled around to her possibly sticking around WWE and becoming an actual Superstar. She would love that.

“It’s more intense though in real-life than it looks on TV. Whenever you watch it in real-life, you’re like, ‘Wow, these people are putting their bodies THROUGH it.’ I think I could do it though. I think I could have the right attitude and whenever I put my mind to it, I can be very athletic. I would definitely give it a shot. I would at least try it. I would never be able to forgive myself if I didn’t take a chance and give it a go.”

We’ll have to see how long Demi Burnett sticks around WWE. This could be a short-term deal, but they might find a place for her in the storyline. Stranger things have happened in WWE as people have used smaller roles and turned them into much longer runs with the company.