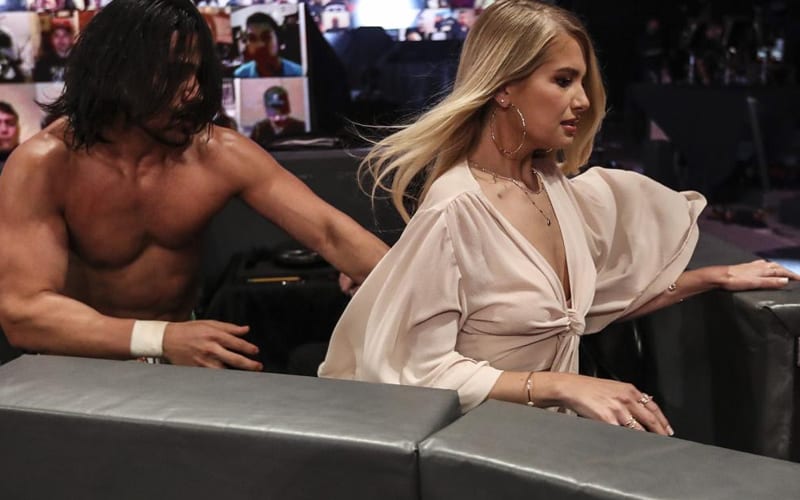 WWE brought Demi Burnett onto Raw a few weeks ago, and she hasn’t left yet. Plenty of fans wondered why The Bachelor star was featured on WWE television, especially during a time when nobody can get into live events.

Burnett was placed in a storyline with Angel Garza and Ivar. This strange love triangle captured a lot of interest, primarily because it seemed so out of place. There is a reason why WWE keeps bringing Demi Burnett into the ThunderDome.

Ringside News has learned that Demi Burnett was brought in as a “network promotional tie-in.” It’s unknown how long she will be around since everything in WWE seems to be working with very short notice nowadays.

Demi Burnett has been able to get along backstage without any issues. We were additionally told by a member of the creative team with knowledge of this situation that Burnett is “neither liked nor disliked.” It was said that she is “not even noticed by most people.” She was also described as “the proverbial ‘mouse.'”

Demi Burnett was whisked away by Angel Garza this week on Raw just before Retribution attacked. She could always show up again next week to continue her romantic angle. There is no known pay-off for this story as of this writing.