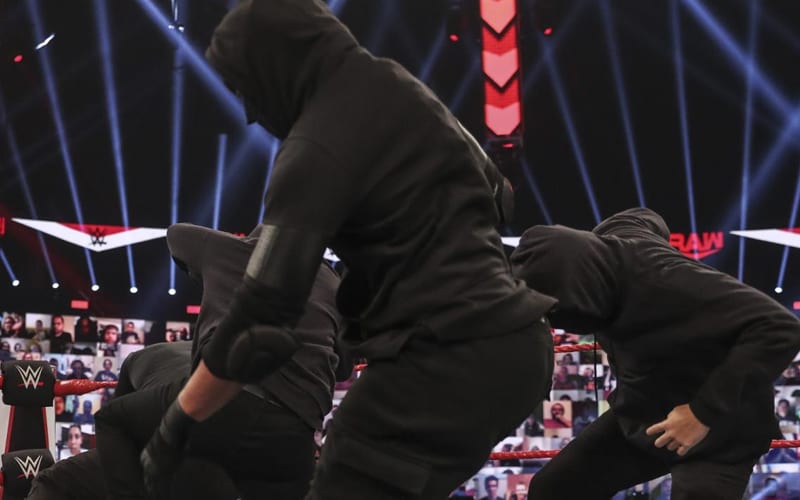 WWE uploads RAW on Hulu, but not everything can made the shorter cut on the streaming service. For some reason, WWE wanted Retribution’s attack to hit the cutting room floor.

Fans watching the Hulu cut of RAW this week didn’t see Retribution. The tornado tag team match between The Street Profits and Andrade and Angel Garza was edited out. They also cut out the Retribution attack that followed where they stalked Demi Burnett and Angel Garza backstage.

It’s unclear why WWE cut out Retribution. The stable is now reportedly exclusive to the RAW brand. They will likely have more appearances later on so they’ll probably make the Hulu cut once again.

For what it’s worth, WWE added those segments to YouTube, so it’s not like they are hiding them.