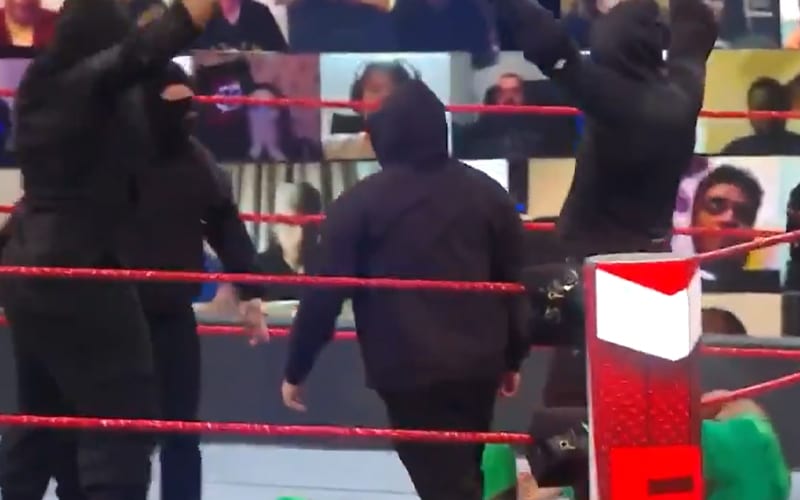 The Street Profits were having a match with Andrade and Angel Garza, then chaos broke loose.

Adam Pearce gave the WWE security team a special talk during Raw. He stated that they need to stop the invading army of masked Retribution members. That didn’t last long.

During the third hour of Raw, Retribution made their presence known once again. They jumped the ring and took out the Street Profits and Andrade. Angel Garza saw Retribution coming and he got out of the ThunderDome with Demi Burnett.