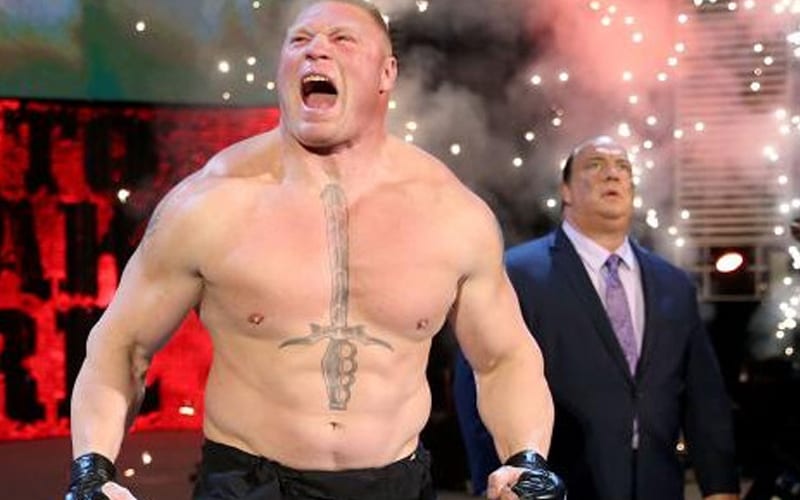 Brock Lesnar is now a free agent, but he is talking to any other companies about acquiring his services?

Lesnar’s WWE exit was a bit of a surprise, but he is also very good at playing hardball in negotiations.

During Wrestling Observer Radio, Dave Meltzer brought up Brock Lesnar’s current plans. At this point, Lesnar doesn’t seem to be talking to anyone other than WWE, but his contract expired and now he’s fee to do whatever he wishes in that regard.

“As far as I know he hasn’t been negotiating with UFC, I mean obviously everybody’s talking about the possibility of UFC, the possibility of AEW. I mean the basic thing is that there was no rush to bring him back and sign him. Usually he would be brought back for SummerSlam, but he wasn’t used for SummerSlam. He would be booked for the next Saudi Arabia show in November, but that isn’t happening and there’s no rush to bring him back.”

It was noted that it’s unclear how AEW would use Brock Lesnar. He has a big name, but he also commands a huge payday. It might be hard to arrange that situation where it is beneficial for all sides involved.

Brock Lesnar will likely stay at home until something can be arranged in WWE. You can also never rule out him taking money where ever it’s offered. Jon Jones threw out a little jab at him on Twitter last night upon hearing about his free agency.