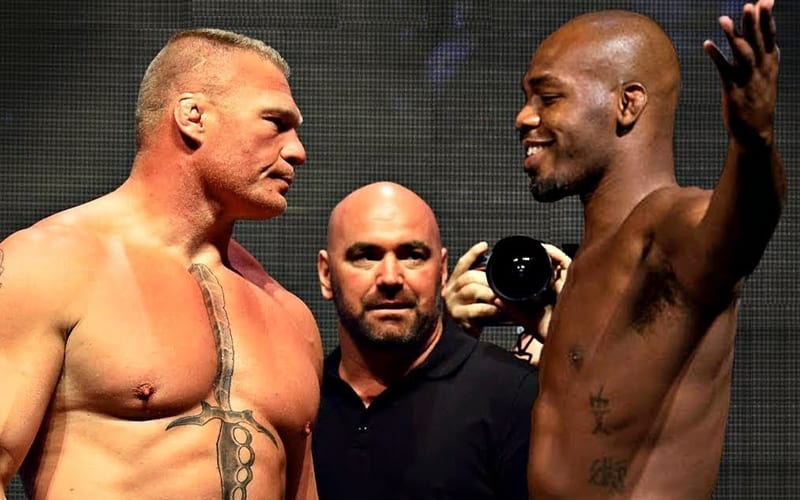 Brock Lesnar has a target on him and Jon Jones still wants that fight. Now that Lesnar is no longer under WWE contract that fight in the UFC is a greater possibility.

Jon Jones unleashed a slew of tweets geared at Stipe Miocic. Those tweets were intended to state why it makes more sense to have a rematch with Miocic than against Francis Ngannou.

Bone Jones then turned his attention to Brock Lesnar with a very short tweet to cap off his rant: “Brock I’ll beatcho ass too.”

Lesnar just became a free agent. He can now speak to UFC once again. It’s not out of the question that he could have another fight in the UFC and make a huge payday while waiting for Vince McMahon to offer him another big money deal.