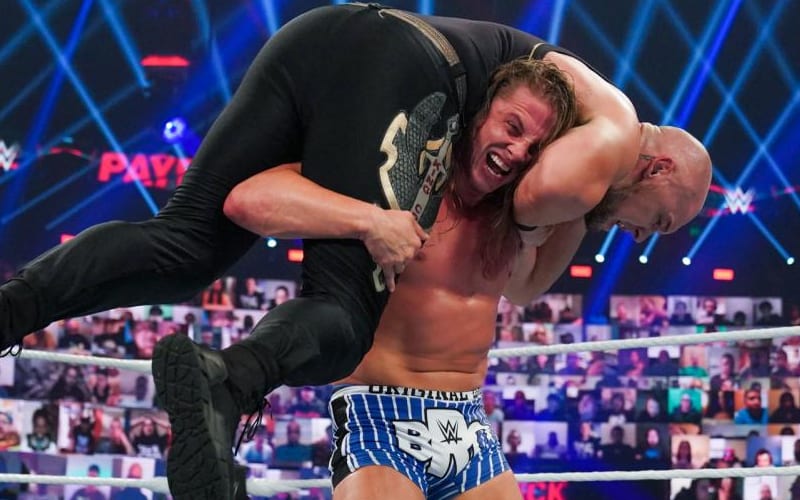 WWE isn’t above pulling a Superstar’s real-life issues into their television storylines for some good heat. This is what happened with Matt Riddle and King Corbin for Payback. Fans weren’t happy about it.

Prior to his match at Payback, King Corbin tweeted out: “Tonight, I prove that Matt Riddle is a failure in a WWE ring. By the way…he’s already proven that he’s a failure at home.” It’s unclear if this was done on his own or if it was a company directive.

Plenty of fans called attention to this off-color tweet. Later on, Riddle defeated King Corbin at Payback, but the tweet still lives on line for all to see. You can check out the tweet from Corbin and the reactions below.