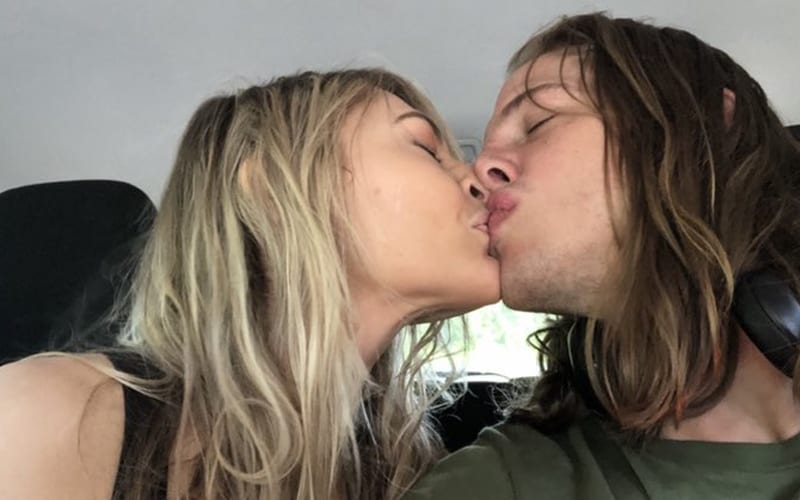 Matt Riddle’s accuser Candy Cartwright dropped photographic evidence showing the two together. She followed that up with another photo today.

One fan tweeted out because he didn’t believe the photo Cartwright posted was of Riddle. You couldn’t see his face because he was kissing Candy Cartwright. His long hair also got in the way.

This doubting fan tweeted out saying: “uhh idk bout this one. u lied multiple times before n i gotta see his face more. that wasn’t what his hair looked like at the time.” Cartwright saw this tweet and decided to drop another photo proving that she was with The Original Bro.

This new photo was allegedly taken on May 19th, 2019 according to the timestamp on the photo. The two looked to be quite happy to snap a selfie.

Another fan found a tweet with a photo from Riddle’s account that was posted on that same day. He wasn’t with Candy Cartwright in the photo, but he was wearing the same shirt.

You can check out the new photos below. Matt Riddle issued a statement through his attorney saying that Candy Cartwright is a stalker. He said that they drew up order of protection paperwork, but it was never executed because he didn’t want to hurt her career.