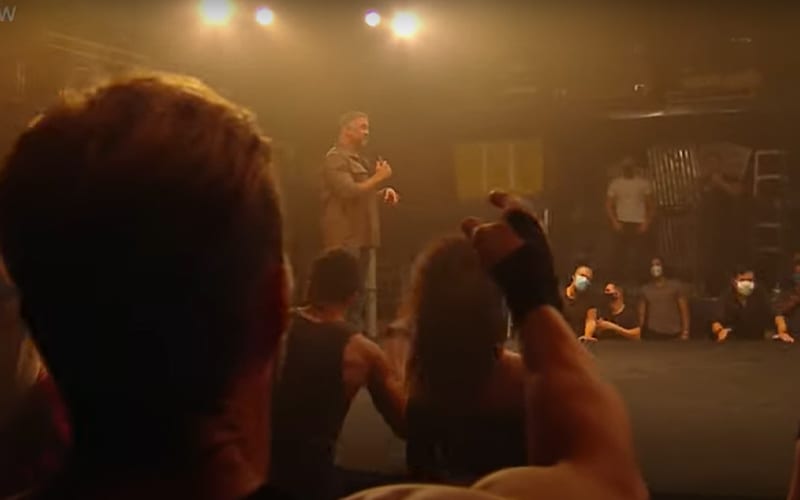 WWE introduced RAW Underground and it grabbed a lot of attention. This idea of worked shoot fighting hasn’t been done on WWE television in this way. The idea came from a few different places.

During Wrestling Observer Radio, Dave Meltzer was asked who came up with the RAW Underground idea. He said it was partly Shane McMahon, but he wasn’t the only mind in on the idea.

It was noted that WWE borrowed a lot of aspects from Detroit Michigan based promotion Sanctuary Fight Club. A lot of characteristics seem to be lifted from that promotion.

Meltzer also noted that Harry Smith went to Shane McMahon and pitched the idea for RAW Underground as well. It wasn’t noted who came up with the name. Sanctuary Fight Club’s slogan is “Welcome To The Underground.” These were all contributing factors to the final idea coming to fruition.

In the end, Vince McMahon adopted the RAW Underground concept and it continues to remain a featured part of the red brand’s weekly show.