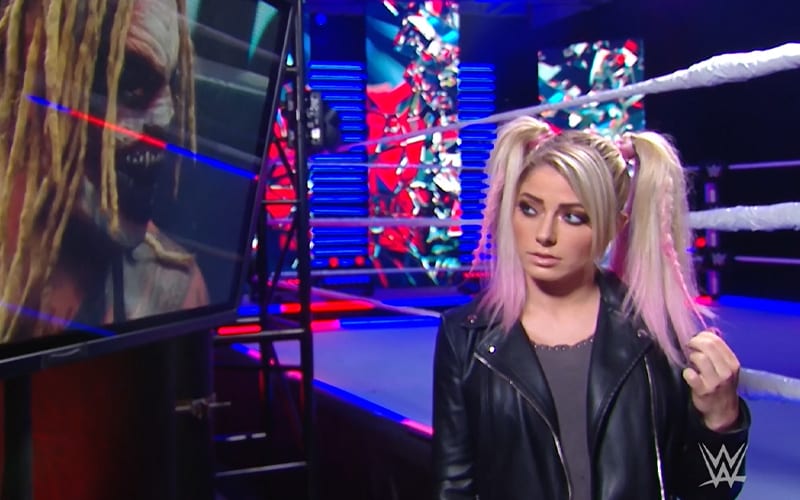 Bray Wyatt and Braun Strowman battled for a while at Payback prior to Roman Reigns entering the match. During that time, Alexa Bliss was shown on the screen watching from the back. She had a much different look this time.

Alexa Bliss’ demeanor seems to be changing. Her hair has pink tips once again, and it was done up in a very “Harley Quinn” style. She watched The Fiend wrestle with a sinister and curious look in her eye while twirling her hair.

During Wrestling Observer Radio, Dave Meltzer noted that Alexa Bliss had two “Fiend braids” in her hair during Payback. She was only seen with one on SmackDown.

This indicates that Alexa Bliss is changing toward Wyatt’s direction. Meltzer described it as her eventually going “Full Fiend,” but there’s probably not a better way to put it at this point as WWE continues with their twisted storyline involving Bliss and Bray Wyatt.

We’ll have to see where Alexa Bliss’ situation Bray Wyatt leads. Ringside News exclusively reported in May that WWE toyed with the ideas of implementing other humans into the Firefly Fun House. Postman Pearce showing up last week could have just been the first of many new Firefly Fun House characters to come.