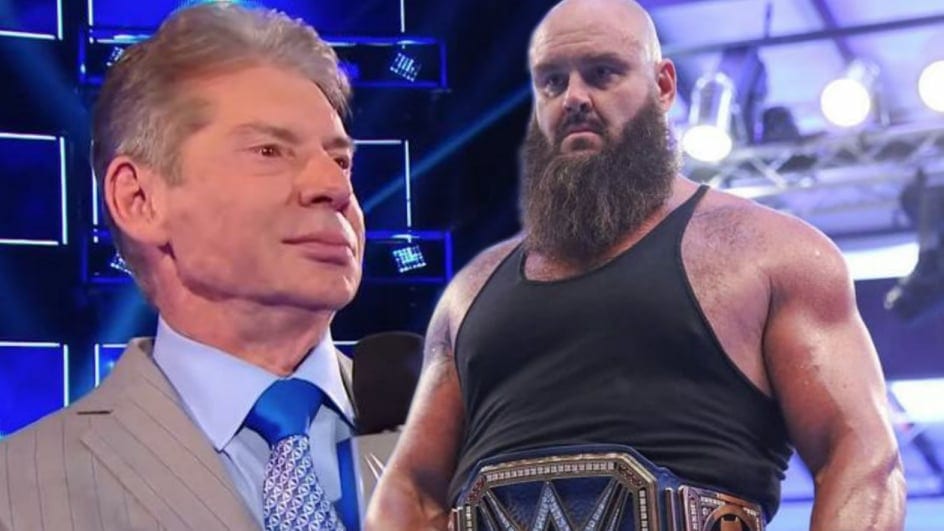 Braun Strowman got rid of his long frizzy hair and now sports a shiny bald head that goes nicely with his long beard. However, he had to go seek permission to do so from Vince McMahon himself before he could rid himself of all his hair.

Strowman talked about this in the new WWE Chronicle episode featuring him. The Monster Among Men phoned Vince earlier this month to tell him that he wishes to get rid of his hair.

Strowman told McMahon that his hair looked bad and that he’s about to get a little “nasty” with his character.

I called Vince and I said, ‘Vince it’s time to get rid of this crappy hair.’ He’s like, ‘Well, why?’ Well for one, it looks bad, and two, I’m about to get a little nasty.

McMahon made the necessary legal procedures for this to happen and asked Strowman to text him. Braun sent out a text to the Chairman and received a “thumbs up” emoji, indicating that he could go ahead and shave his head, which he did.

He [Vince] said, ‘Give me a day, I gotta run it through everything to make sure… legalities, licensing and everything. Give me 24 hours, just shoot me a text and I’ll let you know.’ Texted him back the next day, hour or so later he responded with a thumbs up. So it went away.

Strowman has a chance to reinvent his character in WWE with his new look and he fully intends to do so.

I think it’s a refresher that Braun needed. We’re getting back to the old Braun, the Braun that made Braun The Monster Among Men.

Strowman lost the title to Wyatt one week after he debuted his new look. He also came up short at recapturing the title at Payback, since Roman Reigns stepped in and took the gold for himself.

However, from this point on, Strowman can work on recreating his persona from the scratch and become even more of a monster than he already is.