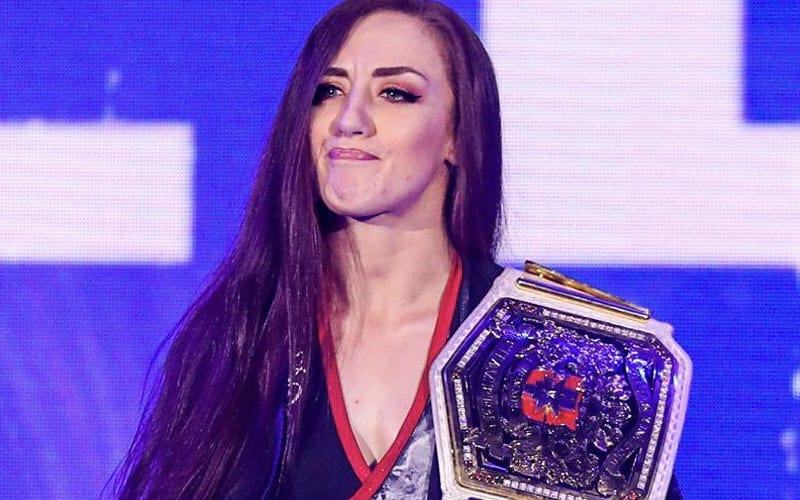 Kay Lee Ray hasn’t been given the chance to defend her NXT UK Women’s Title for a long time. She is set for NXT UK’s September 17th return, and she will have some extra bragging rights when that day comes.

Ray tweeted out a huge congratulations to herself. It’s been one full year since she won the NXT UK Women’s Title. Of course, she would have preferred to have been defending that title consistently for the past few months, but she’s not letting that take anything away from her big accomplishment.

EVERYONE APPLAUD MY HARD WORK AND EFFORT! 1 Year as champion

Couldn’t have done it without all your support

Thank you @WWE & @NXTUK for believing in me all this time!!

Kay Lee Ray will likely defend her NXT UK Women’s Title again soon. The NXT UK brand needs to get new content recorded for their weekly WWE Network show, and they are all excited to make that happen. It seems like Kay Lee Ray was being a bit of a heel with that tweet as well, but that also fits her in-ring demeanor.