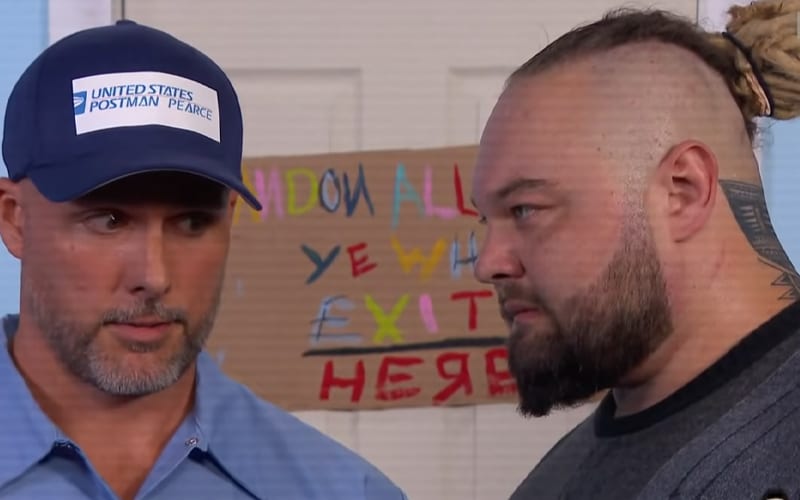 Adam Pearce received quite a task on Friday Night SmackDown. He was instructed by Vince McMahon to get signatures from every competitor in the Universal Title match at Payback. This meant he had to become Postman Pearce in the process.

Someone thought it would be a great idea to put that mailman uniform on Pearce’s front step this morning. He tweeted out a photo as evidence and said whoever did this isn’t funny.

Bray Wyatt replied to this tweet and reminded Adam Pearce that once he steps into the Firefly Fun House he can never leave. It’s kind of like Hotel California, but with demented puppets.

It was great having you!!!! Did you not read the sign?

Since Bray Wyatt is going to be the top babyface on SmackDown then it makes sense that he should have even more of a Pee Wee’s Playhouse vibe. Postman Pearce could show up again and bring letters from whoever might like to write the current WWE Universal Champion.