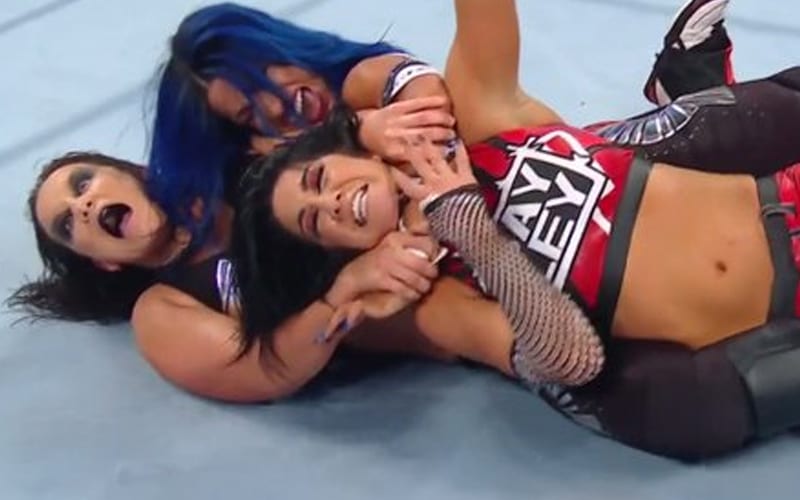 Sasha Banks appeared to have tapped out at Payback. That’s not her story at all. She’s contesting that call at Payback, and she understandably wants those titles back as well.

Banks woke up this morning as someone who doesn’t hold any titles in WWE. That is not a feeling she is used to. The Boss then sent out a tweet claiming that she never tapped out to Shayna Baszler’s double submission hold.

Bayley tweeted back saying: “Dude.” It seems that the Golden Role Models have a bone to pick with the referee. Let’s see if that means they get their titles back, or at least a rematch.

Since WWE switched the Women’s Tag Team Titles, there have been a few upset fans. Now Sasha Banks and Bayley will be limited to one show.

We’ll have to see what WWE does in this situation because Superstars like Banks and Bayley can probably show up on any brand the like at this point.