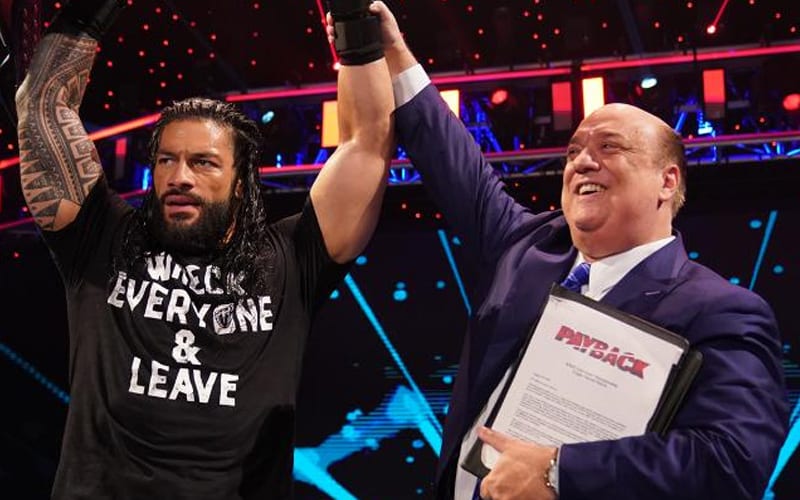 Paul Heyman is back in WWE as an on-screen advocate once again. Heyman isn’t back in a creative role on the writing team, but he is still heavily involved in his client’s angles.

We exclusively reported that Paul Heyman has a significant role in Roman Reigns’ story. Now Heyman is the Advocate for another top champion in WWE. Obviously, the rumors were that Reigns was regaining the Universal Title.

Ringside News has learned that Paul Heyman’s fingerprints are all over this storyline. They are very good at keeping information in a very tight need-to-know circle.

A longtime writer with close knowledge of the situation told us that “none of us knew the finish of the main event” for Payback, “but that’s how Heyman and Vince like to do things when they coordinate their efforts.”

It was additionally told to us that the entire triple threat contract situation “had to be a Heyman ploy.” It was noted that Heyman likes to include “subtle things” and Roman Reigns not signing his contract until his entrance at Payback was the payoff they were looking for. This was an angle that started at the beginning of Raw last week and concluded with Roman Reigns raising the Universal Title over his head on Sunday.

The timing of Paul Heyman’s alliance with Roman Reigns in regards to Brock Lesnar’s merchandise being pulled from the official WWE shop is also quite curious. We will continue to keep a close eye on that situation.