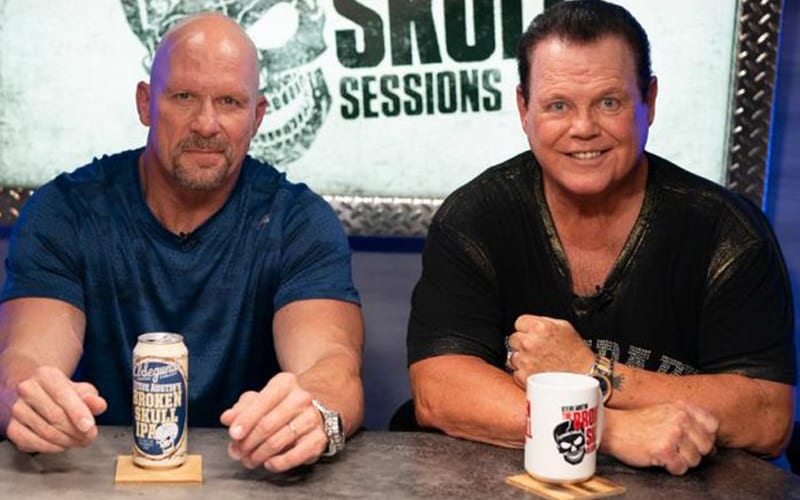 The Broken Skull Sessions have pulled out some great stories from pro wrestling’s past. The next episode is guaranteed to entertain fans.

Previous episodes of Steve Austin’s interview show have featured The Undertaker, Big Show and more. The next installment will feature Jerry “The King” Lawler.

The next episode of The Broken Skull Sessions will debut this Sunday on the WWE Network. Austin was very happy about this news as he tweeted out to give it a “Hell yeah!”

We’ll have to see what Lawler says on the Broken Skull Sessions. He’s had a lot of experiences in his life that might be too hot for the WWE Network as well. Perhaps an uncensored version might be a good idea later on.