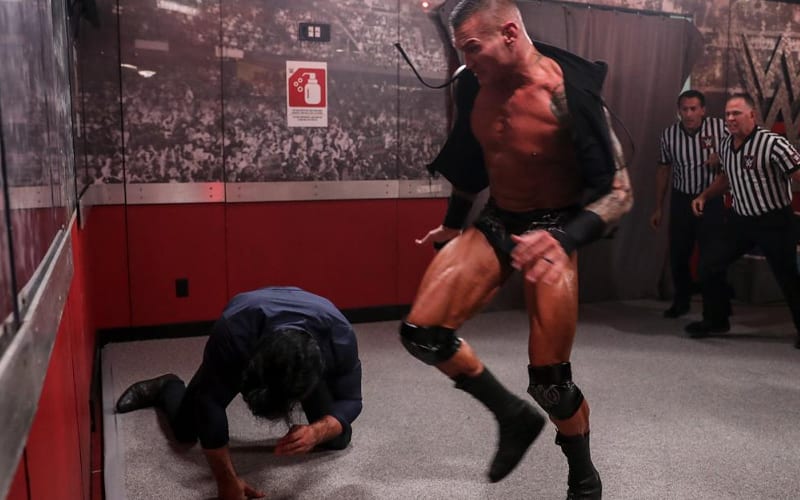 WWE Champion Drew McIntyre suffered a brutal attack at the hands of Randy Orton. Now we have an update on the Champ’s status.

During the Payback kickoff show, Charly Caruso provided an update on Drew McIntyre. She said that WWE medical staff were fearful that McIntyre fractured his skull after taking a punt from The Viper. There was potential bleeding of the brain as well.

The medics were also concerned that his injuries could be “career-threatening.”

This is a kayfabe injury, but it wrote the WWE Champion out of the storyline. We’ll have to see how long it takes him to return. Keith Lee will be fighting for him as he takes on Randy Orton at Payback.