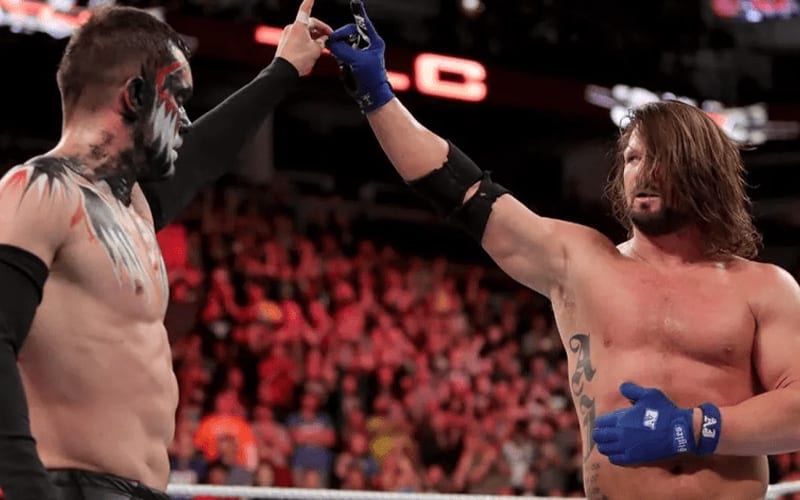 AJ Styles lost his Good Brothers when WWE fired Luke Gallows and Karl Anderson on April 15th. There is someone else on the WWE roster who Styles thinks it would be too sweet to team with as well.

During a recent Twitch stream, the Phenomenal One was asked who he would like to team with in NXT. There are a lot of great choices, but he would like to align himself with another former leader of the Bullet Club.

It doesn’t matter if AJ Styles needs to move to NXT, or Finn Balor need to move to SmackDown. Styles would love for that team to happen.

“You know, the only championship I haven’t held in WWE is the tag team championship. If I’m able to find a partner at some point, and win those, I will have won all the belts in WWE. [Finn would make a great partner] but he’s in NXT and I’m on SmackDown, so I don’t know how that would ever work. Listen, whether I have to go down to NXT or he has to come to SmackDown, I’m willing to do that. I mean, shoot, it would be fun, and different is good.”

It’s hard to imagine a team of AJ Styles and Finn Balor not being successful. WWE has a lot of combinations that they could make out of their roster. Balor and Styles would certainly make a team worth watching.