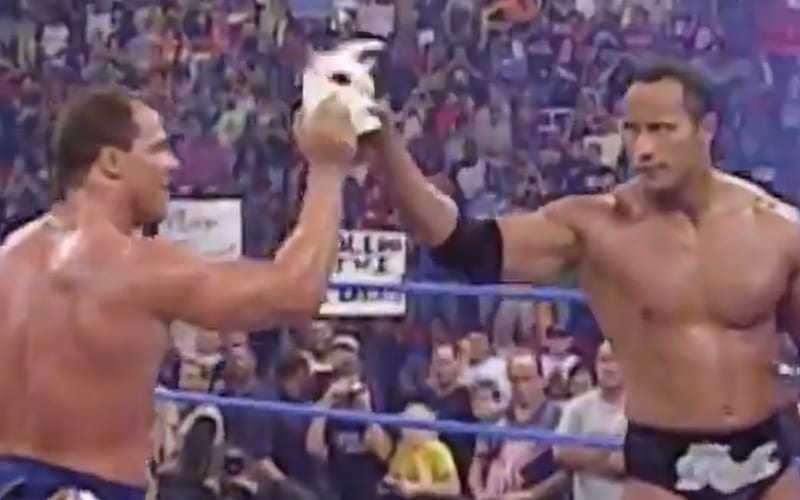 The Rock and Kurt Angle had a few encounters in the ring. They were also allies, toasting cartons of milk in celebration. Now we know the real story behind that segment.

The idea of The Great One and Olympic Hero drinking milk to celebrate a victory is already funny. When Kurt Angle recently saw a clip of that classic segment, he revealed something that made it so much better.

It turns out that milk they drank, and Angle subsequently poured all over his body was warm and sour.

@TheRock and I celebrating our victory with some milk. True story: the milk was warm and sour when we drank it. It sat around all day before the show. The look on Dwayne’s face is priceless. Lol. Sorry Rock!! #milkomania #itstrue

You would think that WWE might refrigerate milk for a segment like that. Drinking sour milk can make someone sick. Thankfully, Angle and The Rock were able to hold down the chunks from spewing all over the ring, but when you watch the segment that look on The Rock’s face makes much more sense knowing what he was actually drinking. It’s no wonder The Rock spit it right back out.