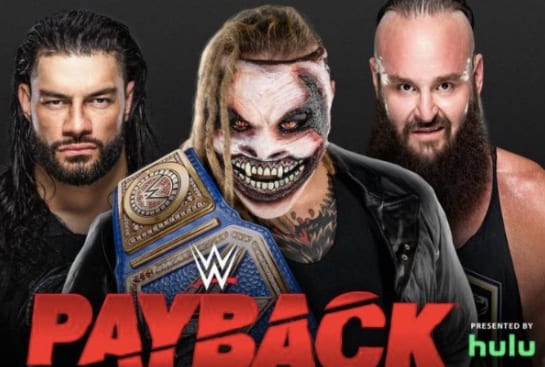 As seen on Sky Bet, the betting odds for Bray Wyatt vs Braun Strowman vs Roman Reigns at WWE Payback have been released.

Just a week on from Roman Reigns’ dramatic return at SummerSlam, The Big Dog will get the chance to reclaim the Universal Championship after months of fans waiting to see what his next move would be.

Of course, two of the most intimidating superstars in all of WWE may have something to say about that.

In terms of the odds, The Fiend is still the favorite to win the match and retain the title at 10/11. The second favorite is Reigns at 6/5, whereas Strowman is a distant 8/1 underdog.

While the outcome of this match is still definitely up in the air, one thing is for sure – these three men have the potential to go out there and put on a real show.