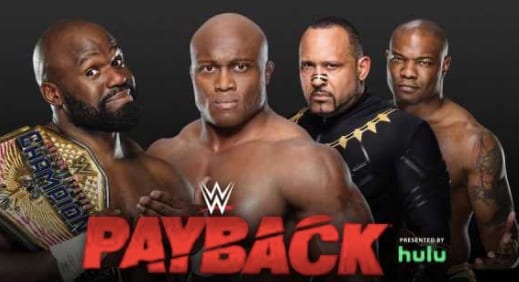 As seen on Sky Bet, the betting odds for Apollo Crews vs Bobby Lashley at WWE Payback have been released.

These two men have been on a collision course for months now, ever since MVP made it clear that The Hurt Business would be coming after Apollo’s United States Championship.

After MVP was unsuccessful in his challenge, the burden now falls onto the shoulders of Lashley to bring the title over to the faction.

It’s not good news for the champion as Lashley is favored to win the title with odds of 4/11. Crews, despite his solid run with the belt, is a 2/1 underdog.

Many believe that Lashley deserves to be mixing it up in the world title scene on a consistent basis, but if he does win the championship, it’ll still be a big win for him and his legacy in WWE.