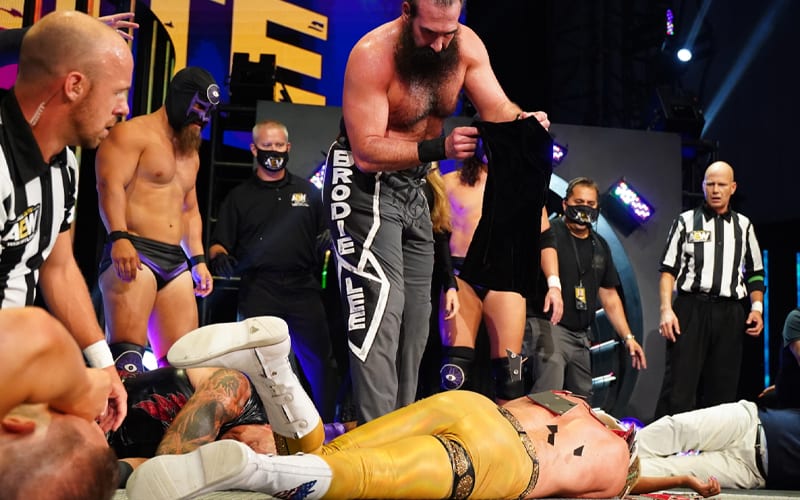 AEW booked a hard to watch angle for fans of Cody Rhodes. His TNT Title reign was ended in a squash match. This was followed by a brutal beatdown.

Cody will be out of action for a while. Rumor has it he has some sort of acting role in his friend Stephen Amell’s upcoming Heels show. That pro wrestling centered show could be a great place for the American Nightmare to rack up an acting credit.

It was noted in the Wrestling Observer Newsletter that the current plan is to play up Cody’s injury. Then he will return in a big surprise later on.

Cody will be out of action for some time. They shot an injury angle where Brodie Lee won the TNT title from him and he was stretchered out. Everything is being kept secret to build for a surprise return. The belief is that he’s doing something involving an acting gig and thus was taking time off, but nobody will confirm that

Cody Rhodes was the first-ever AEW TNT Champion. Brodie Lee can’t take that credit from him, but he had no problem swiping that title.

Now we’ll have to see how long Brodie Lee will continue as AEW TNT Champion. Cody Rhodes might have a target set on the Exalted One whenever the time comes for his big return.