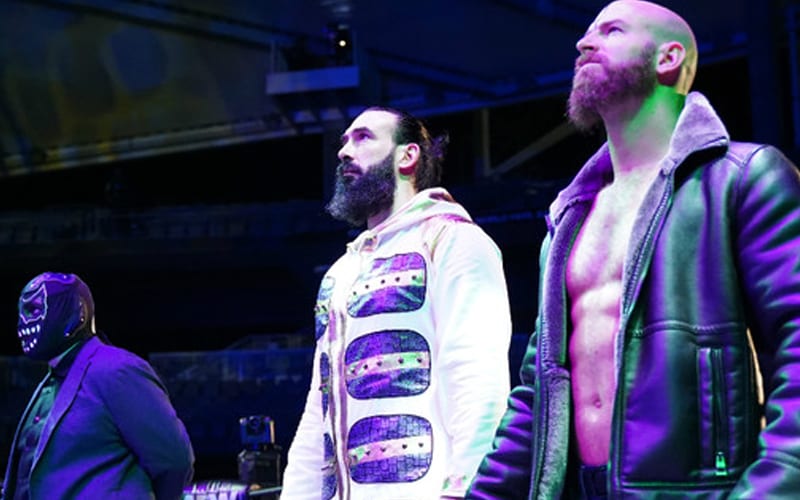 AEW has a few stars who used to wrestle for WWE. There could be another joining their ranks soon enough, or at least that’s the impression he wants to give out.

Aiden English was released from WWE on April 15th. He now goes by Matt Rehwoldt which is his real name. He tweeted out a photo of himself and Brodie Lee with a caption saying: “I’ll just leave this here…”

Nobody is quite sure what the former Aiden English meant by that tweet, but a lot of fans are assuming this was a tease that he is joining the Dark Order’s ranks, or at least he is interested.

Brodie Lee was released from WWE prior to Aiden English getting his release. He was able to start as the Exalted One and now he is AEW TNT Champion. Brodie Lee might have received a head start in AEW, but English could have the desire to catch up with him.