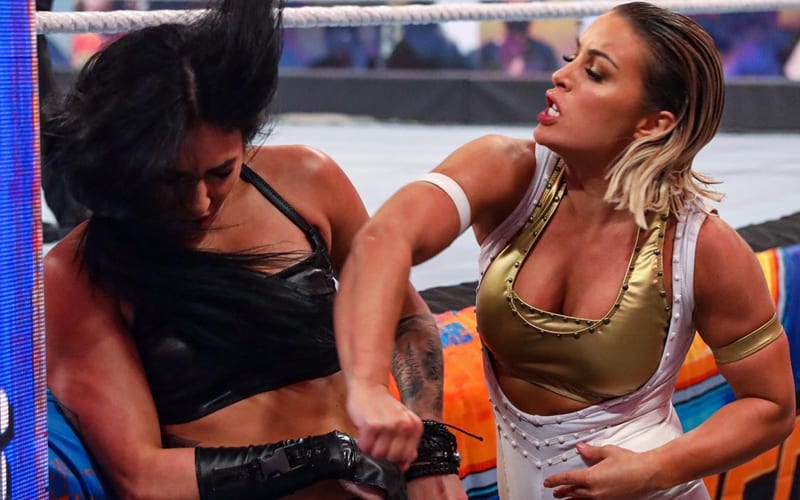 Mandy Rose defeated Sonya Deville at SummerSlam which meant that Deville is no longer with WWE. She is now in the Alumni section of the website and seemingly departed WWE.

While speaking on WWE The Bump, Mandy Rose stated that she’s ready to target Bayley’s SmackDown Women’s Title now. She also credited Deville for bringing that out of her through their intense feud.

“I’m ready to win that SmackDown Women’s Championship and put it all behind me. If anything, she brought it out of me.”

Odds are Sonya Deville will be back. She might have taken a hiatus so she can handle this legal situation with her stalker. She also received more death threats following that first scary situation.

Mandy Rose will carry on following SummerSlam. She has shorter hair now and she’s looking to make her name as big as she can in WWE. Let’s see if a SmackDown Women’s Title run is in her future as well.