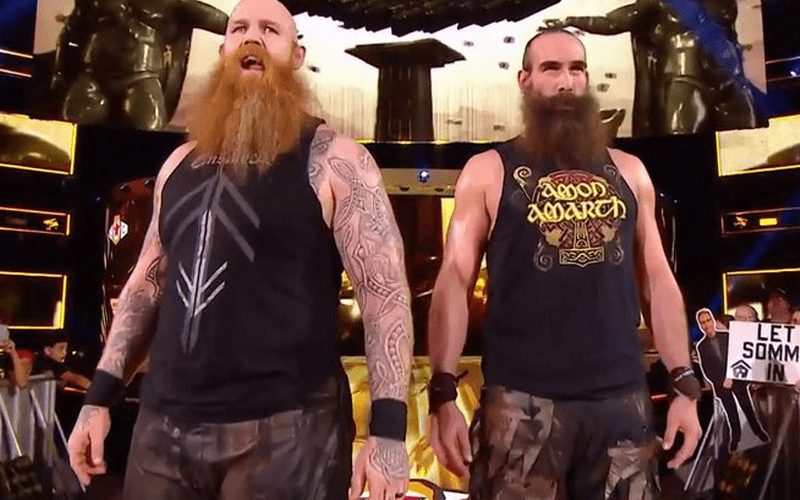 Erick Rowan was released on April 15th, and now he is Erick Redbeard. He hasn’t made any big impression on the pro wrestling world since his WWE exit apart from a few interviews. This leads some fans to believe he has something lined up.

While speaking to Chris Van Vliet, Rowan discussed the possibility of joining his old friend Brodie Lee in AEW. He gave the classic “never say never” line before saying that he just wants a chance to perform.

“It’s wrestling. You never say never. Me and him have always been joined at the hip. I know he had very high singles aspirations. He wants to be the world champion and all that. To me, I just want to wrestle and have fun doing it and be creative, whether it’s a character backstage and doing that. I have fun doing that stuff. I have fun in the ring. I had fun doing the tag stuff. I don’t care either way. I love performing. He wants to be the best in the world at what he does. He is very meticulous with how he is in the ring. I want to give him a chance. I don’t want to step on any toes. I don’t want to be there like, oh here I am again. Let him do what he wants to do. I’m sure we are going to come around and do something in the future together, but for right now, let him do his own thing. Let me do my own thing and let’s meet back in the year whatever.”

A spoiler broke last week saying that Rowan debuted on AEW Dynamite. He didn’t, but another part of that spoiler being Thunder Rosa’s All Out involvement was factual. We’ll just have to see what’s next for Erick Redbeard, but his story is far from finished.

Luke Harper and Erick Rowan were next to each other through many battles in WWE. Their union even survived a couple of gimmicks. We’ll have to see if they do reunite, but the former Bludgeon Brothers keep finding a way to each other.